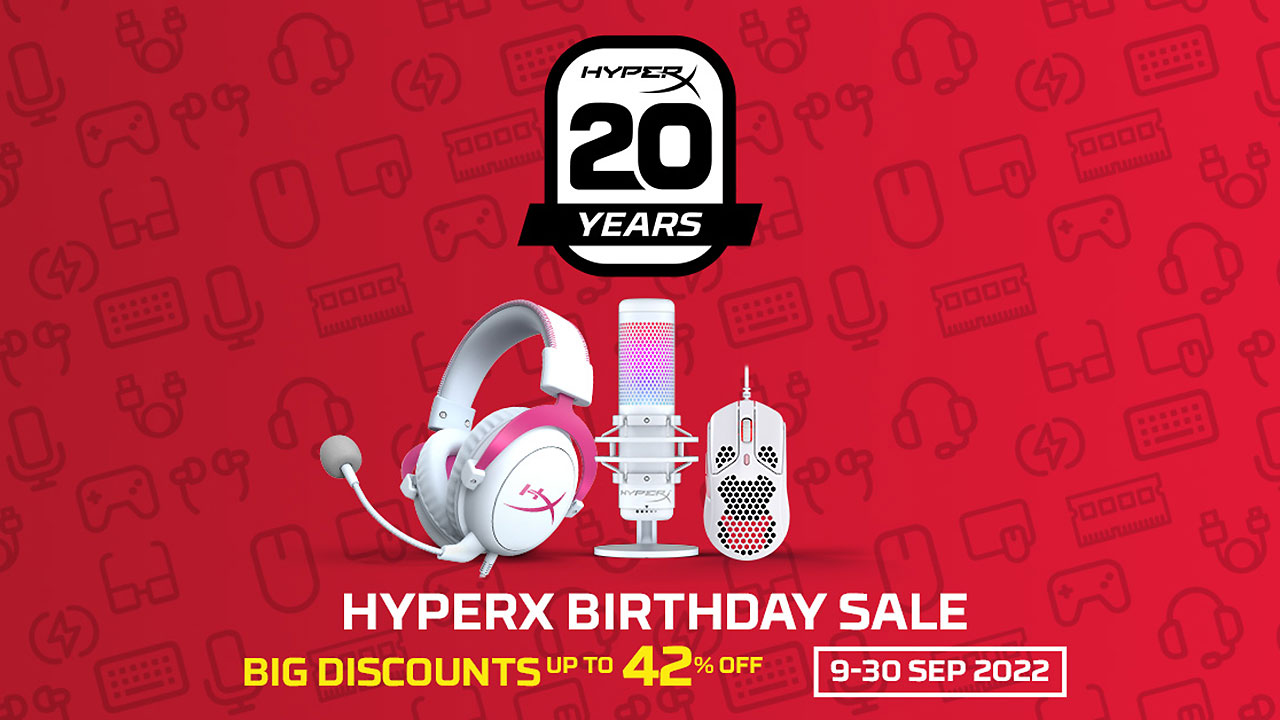 HyperX is celebrating its 20th year in the business with a bunch of promotions until the end of the month. From September 9 to 30, 2022, HyperX will be offering discounts of up to 42% on some of its products on its official HyperX Shopee store.

The company is also hosting on and offline events through the months of August, September, and October, which include social media takeovers, global birthday parties, as well as discount promotions. 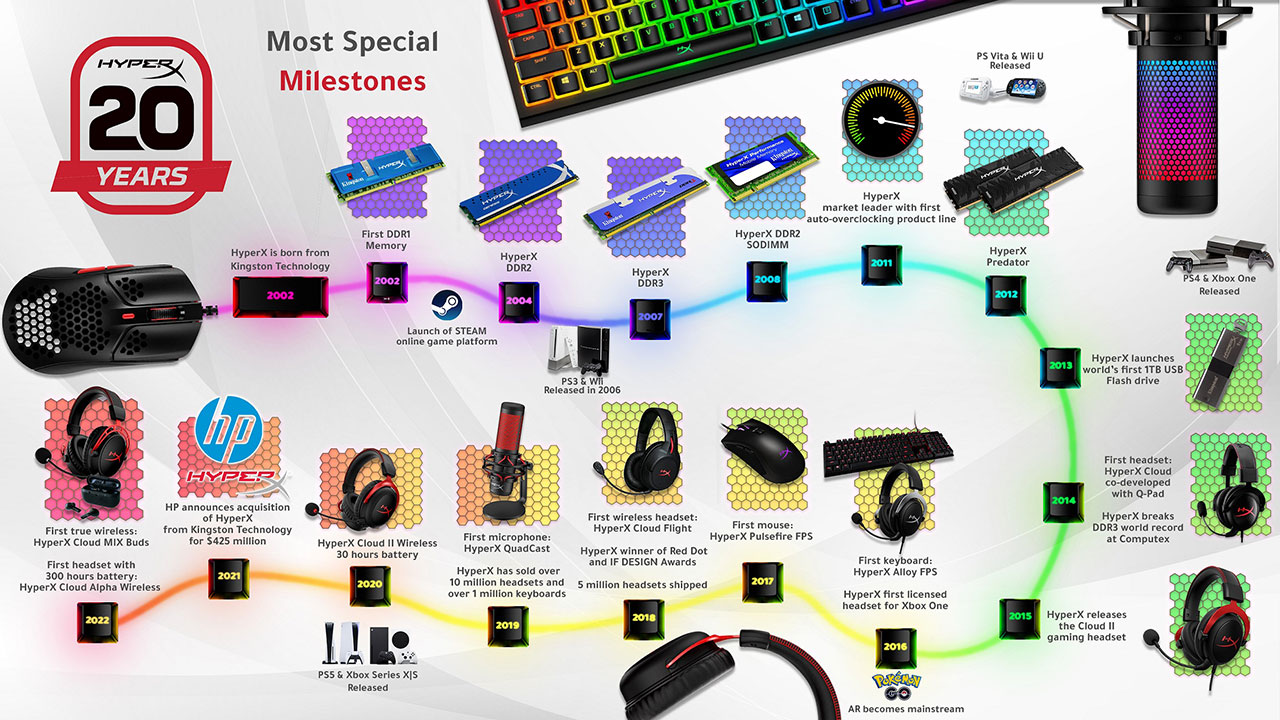 In a statement to mark the brand’s 20th birthday, HyperX said:

“Turning 20 is a huge milestone in the history of HyperX. As with the gaming industry, HyperX has evolved and come a long way. Originally, HyperX only offered ultrafast gaming memory, but today we design and manufacture award winning gaming headsets, keyboards, mics for content creators, mice and accessories for every type of gamer be that PC, Console or Mobile. We are so proud of the legacy we have created over the past two decades. We have listened to the evolving needs of gamers globally and have learnt from each product we have launched to market, to ensure we are constantly delivering better. We are pushing boundaries and challenging perceptions of gamers by partnering and blurring the lines between gaming and other industries including music and movies. Gaming is no longer a niche but part of everyone’s life. Finally, it is not only the fans, the partners and the industries that has made HyperX what it is today but also the talent HyperX has encouraged and nurtured among its employees past and present to consistently raise the game and set new standards.”

Some of the HyperX products that are on sale until September 30, 2022, include the HyperX QuadCast, HyperX Cloud Alpha S, HyperX Cloud II Wireless, HyperX Alloy Origin 60, and HyperX Pulsefire Surge RGB, among several others. The full list of products can be found on the official HyperX Shopee store.