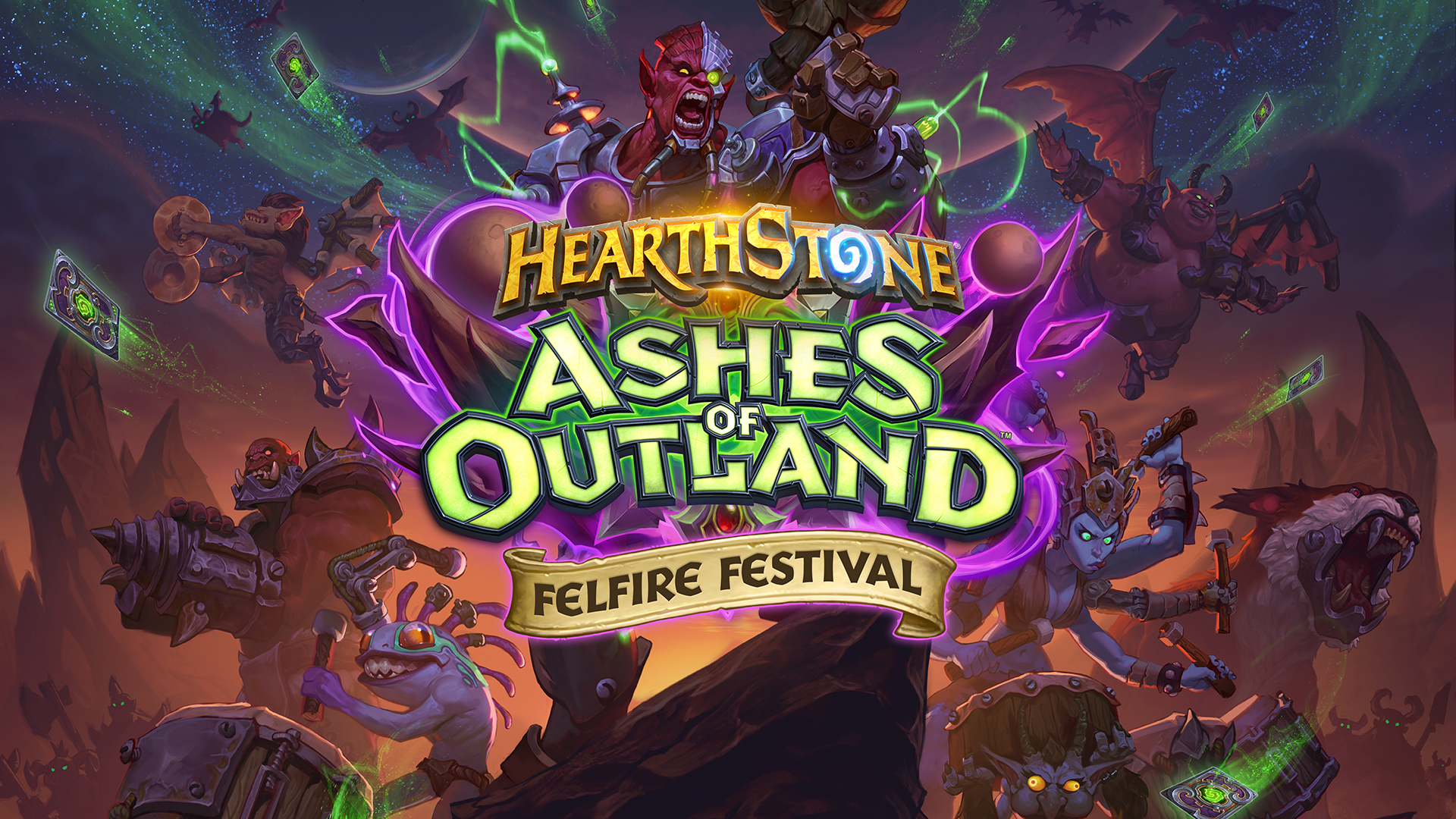 Hearthstone’s latest update, the Felfire Festival, has officially launched and introduces a myriad of content for players to experience. The new update, which launched on June 10, adds new events, rewards, a free five-chapter solo adventure, and more. The updates included in the Felfire Festival will be released sequentially, beginning with the new update to Battlegrounds on June 10 and ending with the new Rumbledome Tavern Brawl.

Here’s the schedule and descriptions of each of the patch’s major updates:

The first headliner of the Felfire Festival brings Pirates to Battlegrounds! Meet 17 new minions and 4 new heroes in this massive update – including a reprise of Patches with a swashbuckling new Hero Power.

Follow the story of Aranna Starseeker in this FREE, five-chapter Solo Adventure as she embarks on a journey of self-exploration, assembles a crew of outcasts and teams up with Illidan and the Demon Hunters to take on the twisted architect of the Rusted Legion: Mecha-Jaraxxus! Aranna will also be entering the Battlegrounds on June 18 as an early-access Hero for players with Battlegrounds Perks before she officially joins the fray on July 2.

Build a deck and take on some of Outland’s biggest and baddest raid bosses!

The Burndown Tavern Brawl returns! Take control of a random deck, and the loser of
each brawl will be given their opponent’s deck for the next one. Which deck will
reign supreme?

Rounding out the Felfire Festival lineup is the Rumbledome Tavern Brawl! Choose an Outland henchman from Trial by Felfire, grab a weapon, and battle it out for a spot in Mecha-Jaraxxus’ Rusted Legion.

Playing through some of the content included in the Felfire Festival will garner players additional rewards such as the Rusted Legion Card Back for completing the Trial by Felfire Solo Adventure, the Golden Kael’Thas Sunstrider card for finishing the Trial by Felfire Challlenges, classics packs for completing the Burndown and the Rumbledome Brawls, and up 9 cards packs from the Year of the Dragon and Ashes of Outland for accomplishing the Legendary Quests. 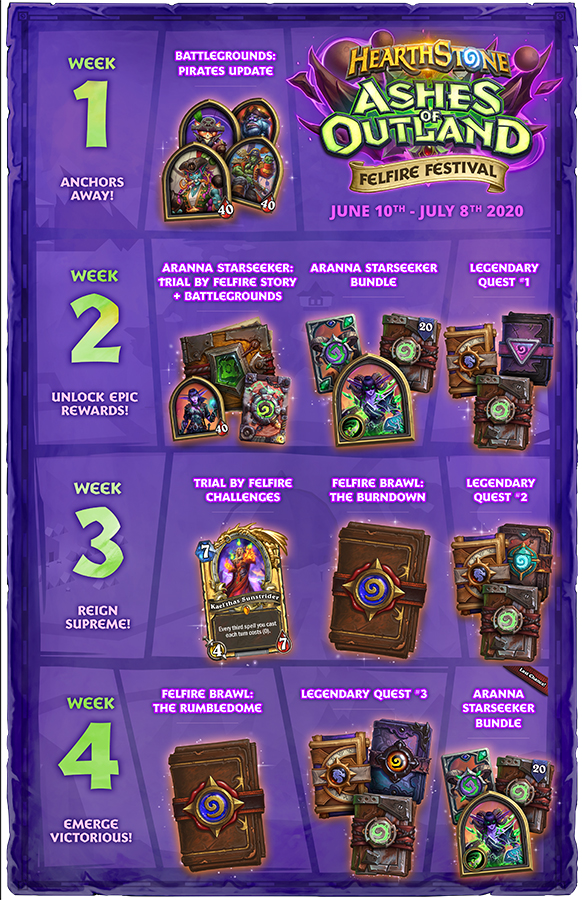 More information on Hearthstone, Ashes of Outland, and the Felfire Festival as well as their specific patch notes can be found on the official website.