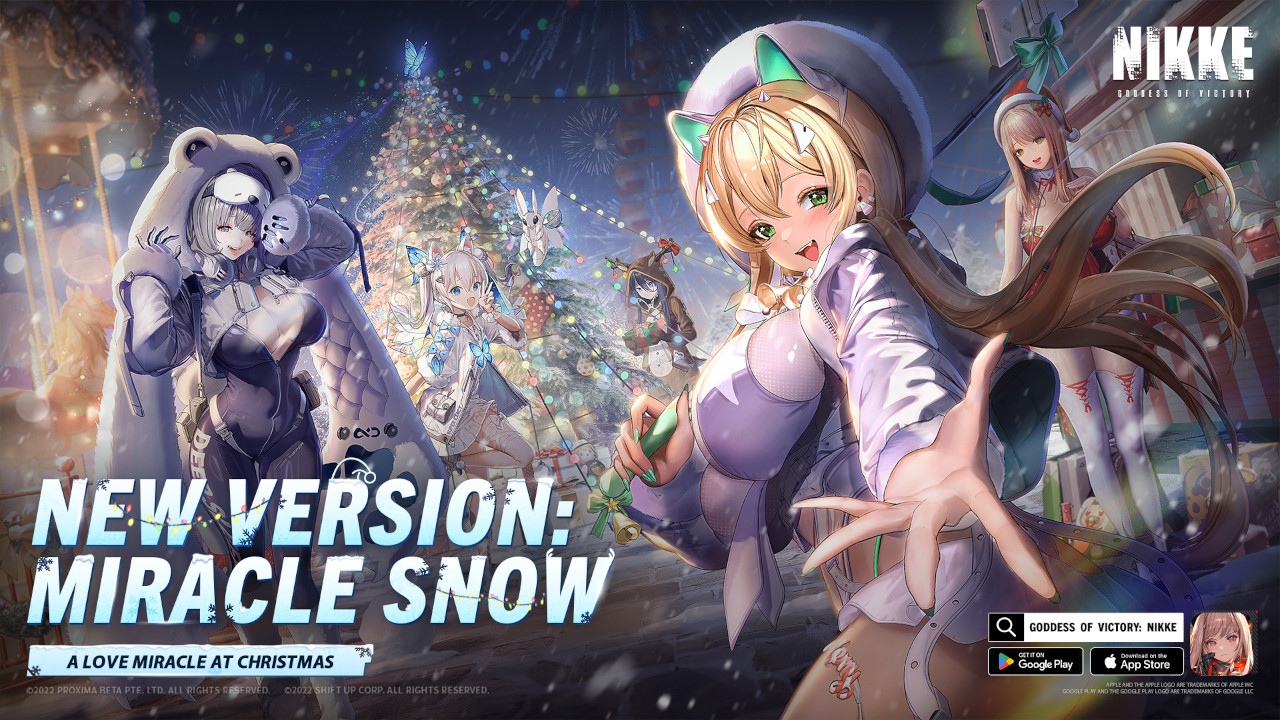 The three new characters that will be available during Nikke‘s winter event are Rupee: Winter Shopper (SSR), Anne: Miracle Fairy (SSR), and Neve (SR). All three characters will only be obtainable during the winter event.

Five new costumes have also been added into the game during the winter event:

Lastly, Nikke has introduced its new PVP mode alongside the release of its winter event. In the Arena, players can compete against other players to win Arena Exchange Vouchers which can be used to purchase skill upgrade materials, equipment, and more in the Arena Shop.

Goddess of Victory: Nikke is currently available on iOS and Android.