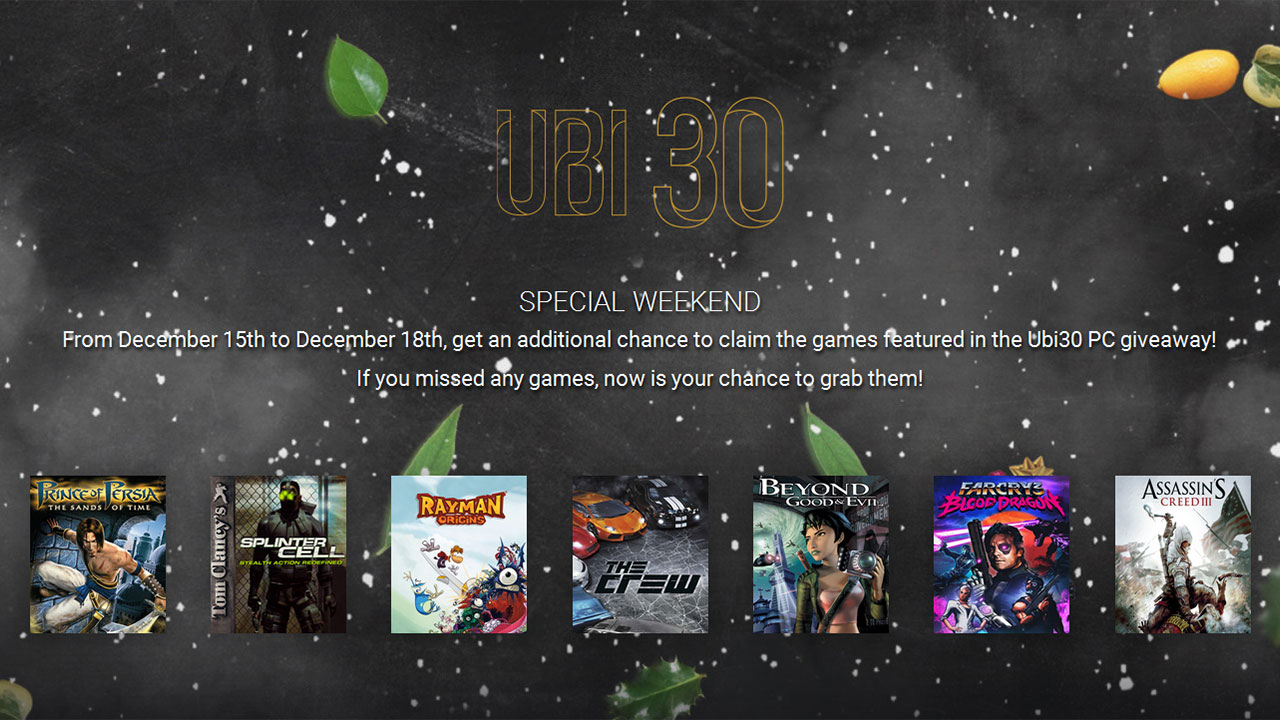 Ubisoft has been giving out a free Ubisoft PC game every month for one month since June to celebrate the company’s 30th anniversary this year. And for those who have missed out on some or all of the company’s free offers of the past half year, Ubisoft is giving everyone a second chance this weekend to grab all seven free games.

From December 15 through December 18, the Ubisoft Club will be offering the following seven titles for free: Prince of Persia: The Sands of Time, Tom Clancy’s Splinter Cell, Rayman Origins, The Crew, Beyond Good & Evil, Far Cry 3: Blood Dragon, and Assassin’s Creed 3. The last title, Assassin’s Creed 3 is this month’s current free game.

To get all seven games for free, you’ll need to sign up for a Uplay account, if you don’t have one yet. Then head over to the Ubisoft Club website and click the Ubi 30 link to redeem all seven titles which will then be added to your Uplay account library. You can also redeem the games through the Uplay Client if you already have that installed on your system, which you’ll also need to download the games.