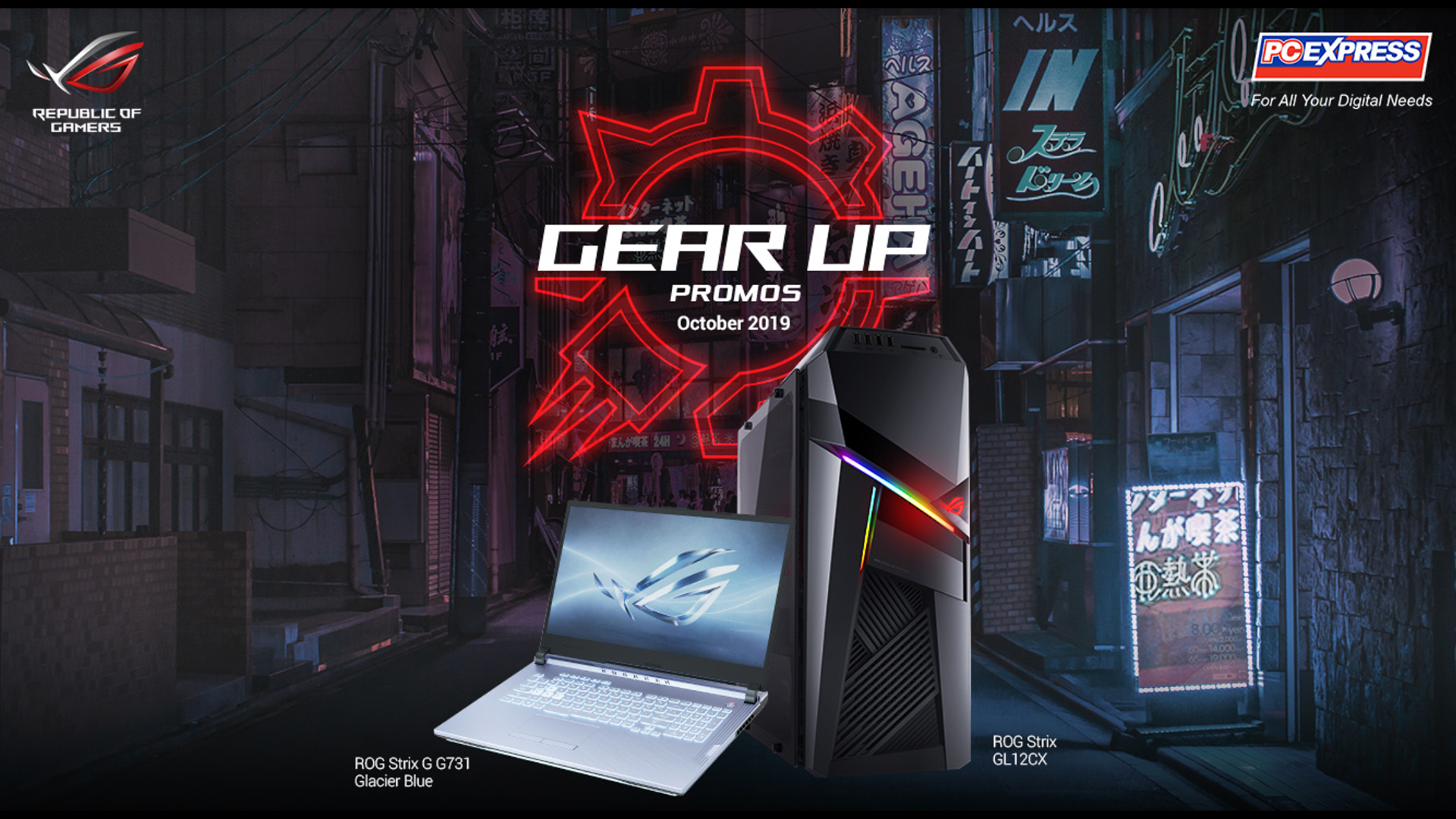 ASUS ROG and PC Express have teamed up to offer some of the former’s gaming laptops at up to 50% off during the Taiwan Excellence Esports Cup this weekend. The “Gear-Up” promo will run from October 4-6, 2019, at The Block, SM North EDSA.

Additionally, ASUS ROG and PC Express are also running the “Gear-up Special Ed. Promo” from October 7 to November 7, 2019, wherein the ASUS ROG Strix GL12CX-PH0018T will be offered at a 28% discount during the promo period. From an original SRP of PHP 139,995, the pre-built tower PC will be priced at only PHP 98,995 during the promotion period. The promo can be redeemed at the ROG Concept Store at SM North EDSA, the ASUS Concept Store at Festival Supermall Alabang, and through the PC Express online store.