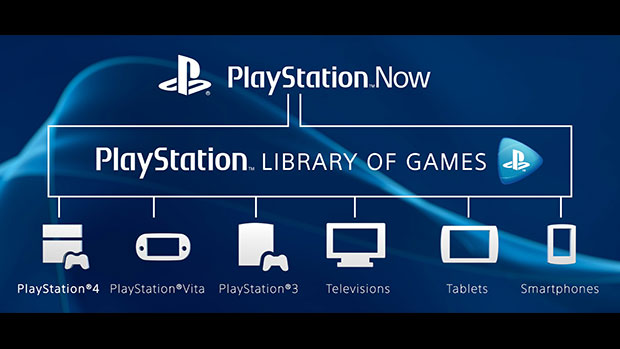 Back when Sony revealed the Playstation 4, they also talked about a cloud-based game streaming service that would enable gamers to play “classic” Playstation titles on the Playstation 4 and other Sony platforms. Yesterday at Sony’s CES 2014 press conference, they officially announced that service – now officially called Playstation Now – and will be available in the United States by the 3rd quarter of the 2014.

PS Now will allow users to play a variety of popular Playstation 3 titles, which include the Last of Us and God of War: Ascension, on the Playstation 4, PS3, and eventually the PS Vita. In addition, almost all of Sony’s 2014 BRAVIA TV lineup in the US will support PS Now. Sony also plans on bringing the service to other devices outside of the Playstation and Sony ecosystem.

“We are thrilled to deliver entertainment experiences only possible from PlayStation through our new streaming game service,” said Andrew House, President and Group CEO of Sony Computer Entertainment Inc. “PS Now will allow users to engage in the world of PlayStation, whether they’re existing fans or have never owned a PlayStation platform.”

PS Now will be offered in two ways: gamers can rent games/titles they’re specifically interested in or they can choose a subscription model that will enable them to explore and play a range of titles. In an interview with Polygon, Sony said that an internet connection of 5Mb/s is the minimum recommended to use PS Now.

Sony has created a website where gamers can sign-up to receive more information on Playstation Now as it becomes available. The sign-up site can be found here.