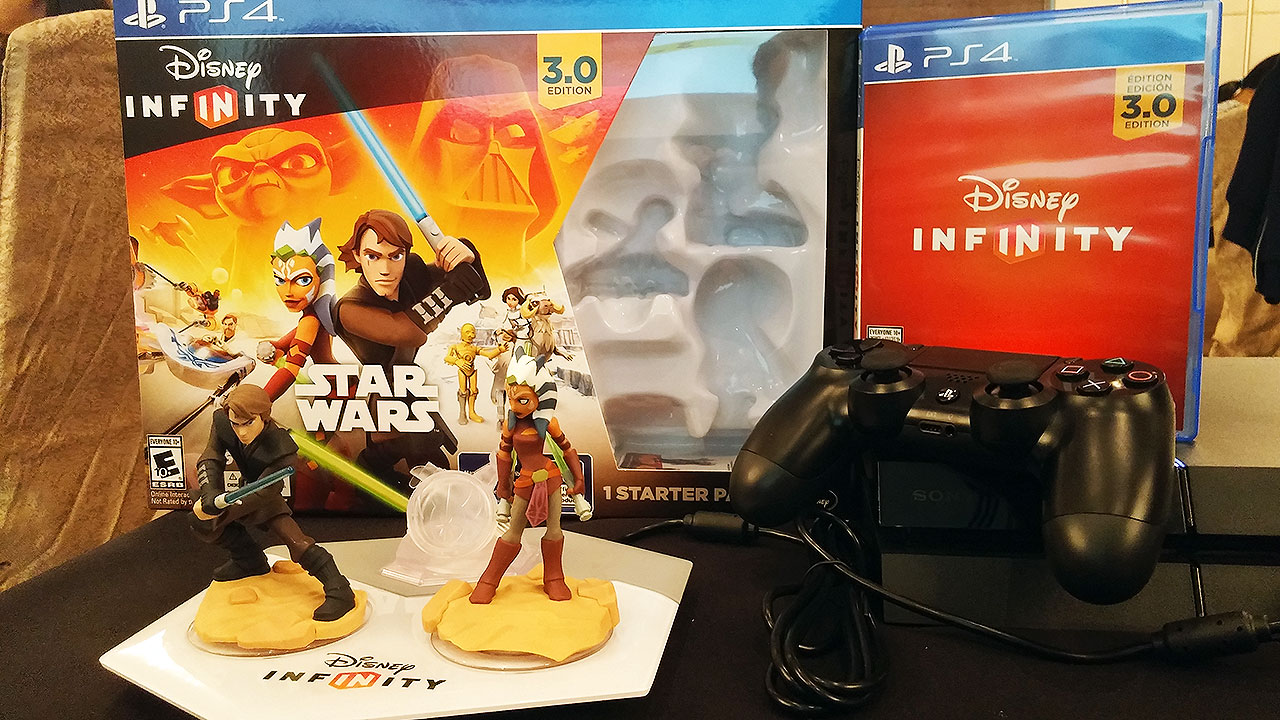 Disney has officially launched the third edition of its immensely popular hybrid toy/game now dubbed Disney Infinity 3.0 which adds a slew of awesome characters from the epic Star Wars saga, Pixar’s Inside Out, as well as adding more characters from the Marvel universe.

“Disney Infinity is the only game where fans can play with Disney, Pixar, Marvel, and Star Wars characters together in one experience,” said James Pitaro, President, Disney Interactive. “We worked closely with Lucasfilm to deliver an authentic Star Wars game experience, featuring some of the most iconic stories and characters from the past, present, and future.” 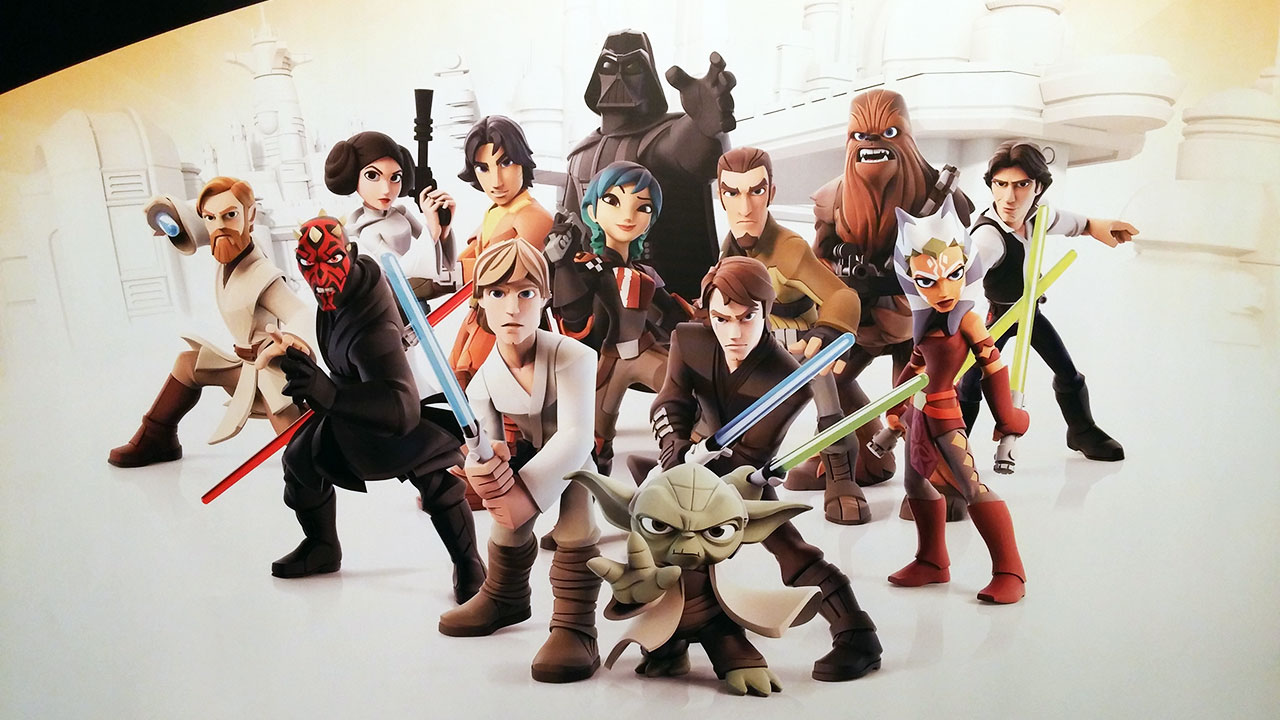 Disney is also releasing a new Play Set based on the Disney-Pixar movie Inside Out; a new Marvel Play Set featuring Hulkbuster Iron Man, Ultron, and other Marvel characters; and a host of new figures of characters from across Disney’s franchises including Mickey and Minnie, Sam Flynn and Quorra from Tron: Legacy, Mulan and Olaf, and more.

“Star Wars is a cross-generational franchise, and Disney Infinity 3.0 creates an incredible opportunity for families and fans to relive their favorite Star Wars moments,” said John Blackburn, Senior Vice President and General Manager of Disney Infinity. “With the addition of Star Wars, Inside Out, and new Disney and Marvel characters, Disney Infinity 3.0 will be the most ambitious and diverse offering yet and also the most accessible.” 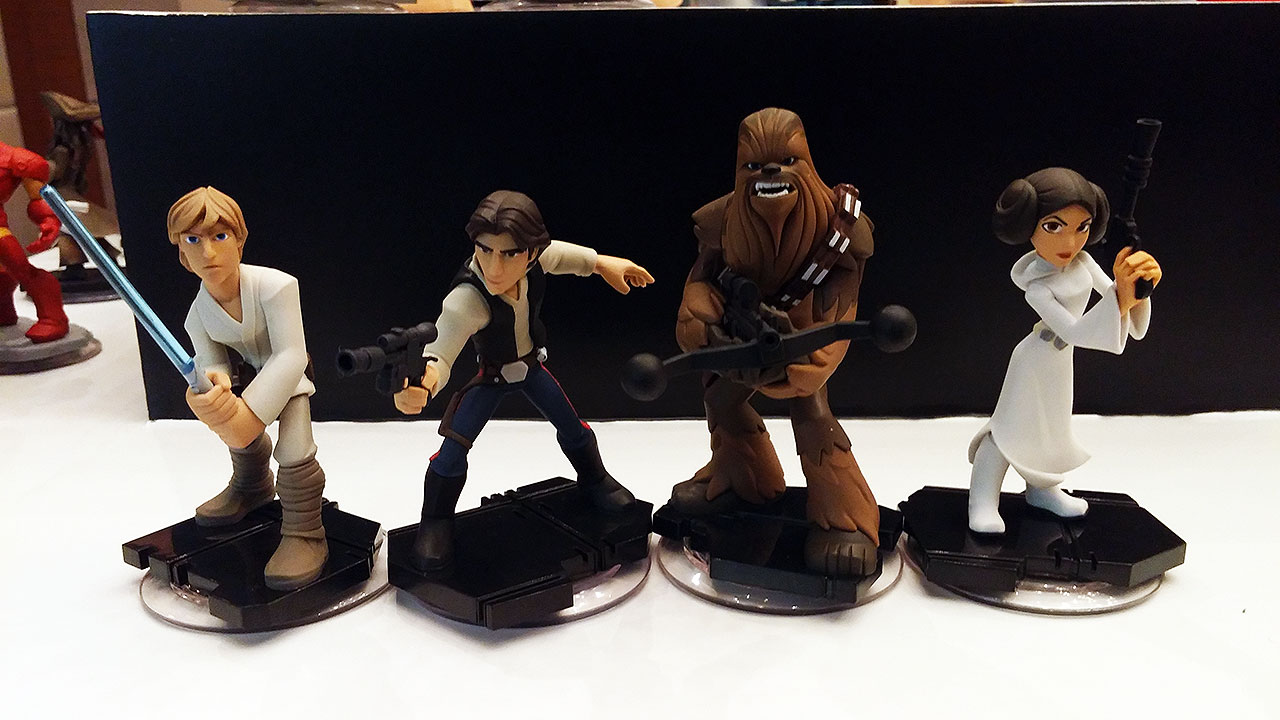 Additional figures and power discs are also now available including figures of Star Wars characters Yoda and Obi-Wan Kenobi, characters from Star Wars Rebels such as Kanan Jarrus, Ezra Bridger, Sabine Wren, and Zeb Orrelios, the Disney-Pixar Inside Out Play Set which includes Joy and Anger figures, additional Inside Out figures of Sadness, Disgust, and Fear, and figures of Disney characters Mickey, Minnie, Mulan, Olaf, Sam Flynn, and Quorra.

The two other Star Wars Play Sets – the Rise Against the Empire Play Set and the Star Wars: The Force Awakens Play Set – as well as the new Marvel Play Set featuring Hulkbuster Iron Man, Ultron, and other Marvel characters are scheduled to release in the next few months alongside other new Disney Infinity 3.0 figures and content.

Disney Infinity 3.0 is available for Windows PC, PlayStation 3, PlayStation 4, Xbox 360, Xbox One, and Wii U.