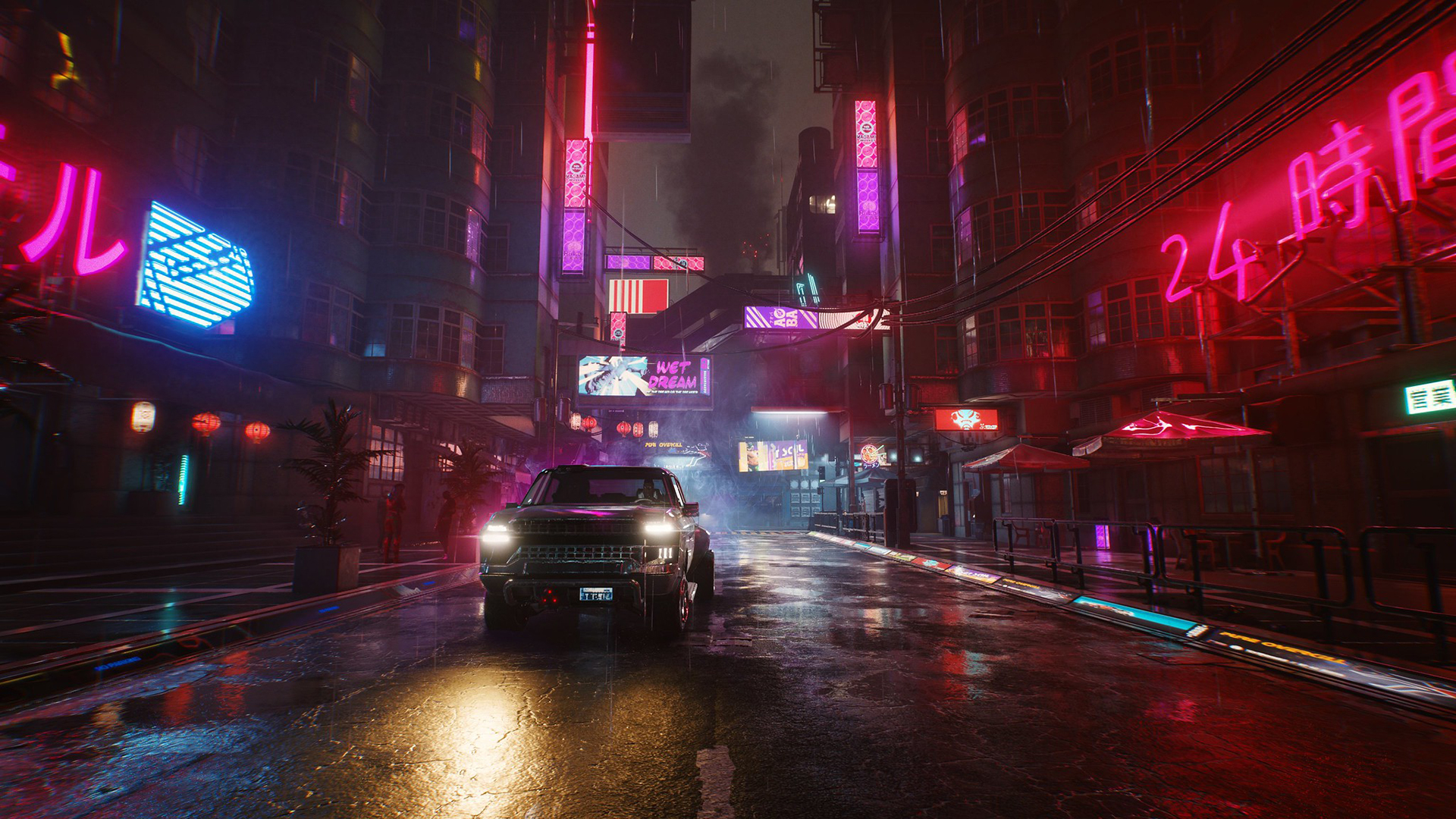 The latest episode Night City Wire, CD Projekt Red’s video series showcasing the upcoming Cyberpunk 2077, showed off the large assortment of vehicles that players will be able to commandeer in the game. The episode also spotlighted the look, feel, and fashion of Night City.

The Rides of the Dark Future video shows off some of the vehicles that will be available in the game, including cars, trucks, bikes, and more. From smaller and cheaper economy vehicles for those on a budget and high-end executive cars for those that want to give a strong first impression to imposing and intimidating heavy duty trucks, hypercars, and a whole lot more. The video also teases one of the classic, real-world vehicles that will be making it into the world of Cyberpunk 2077.

CD Projekt Red also released two behind-the-scenes videos, with the first showing how the developers recorded the audio for the game’s vehicles and the second featuring Arch Motorcycle founders Keanu Reeves and Hard Hollinger talking about their collaboration with CD Projekt Red for the motorcycles featured in Cyberpunk 2077. Keanu Reeves also stars as one of the characters in the game named Johnny Silverhand, a Rockerboy and the former lead singer of the band Samurai.

The 2077 in Style video gives us a glimpse into the aesthetic of Night City, including the visual styles of many of its inhabitants and areas. Some of these include the style over substance Kitsch, the necessity over style Entropism, the substance over style Neomilitarism, and the style and substance Neokistch.

Lastly, the latest episode of Night City Wire featured the grand finale of the Cyberpunk 2077 cosplay content as well as an all-new CGI trailer for Cyberpunk 2077 entitled The Diner.

Cyberpunk 2077 is scheduled for release on November 19 for the PlayStation 5, Xbox Series X/S, PS4, Xbox One, PC, and Google Stadia.