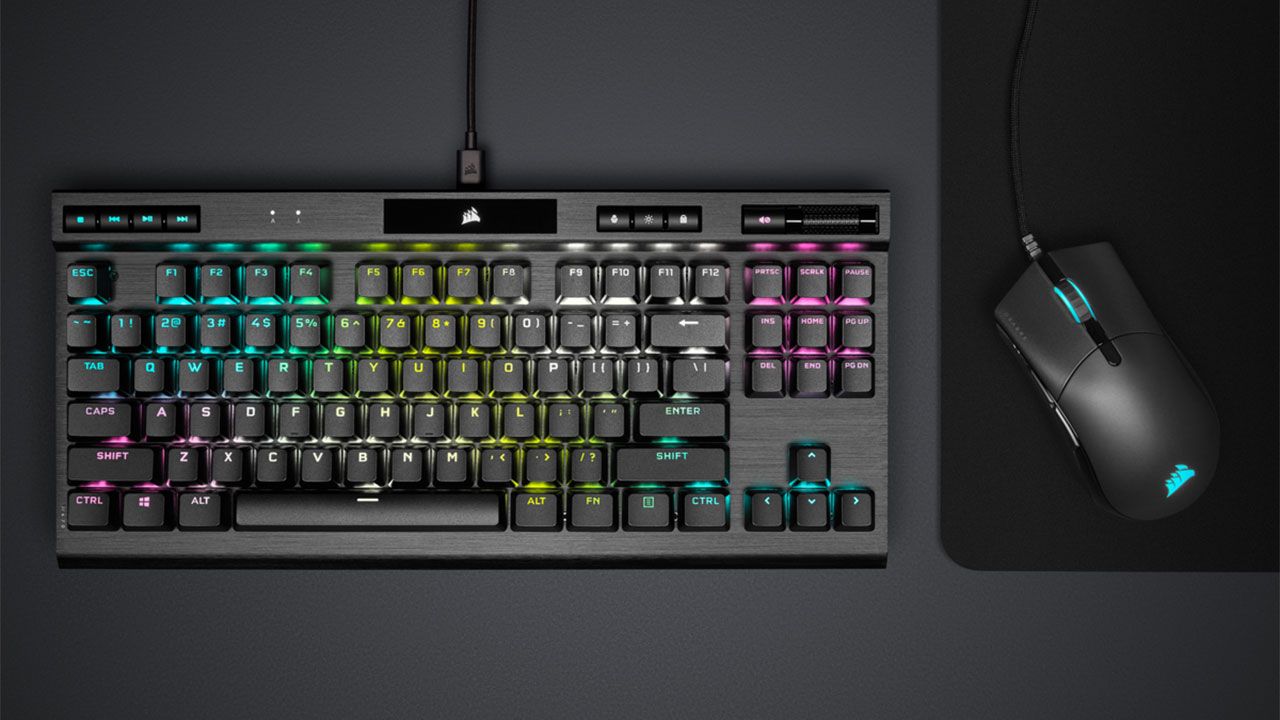 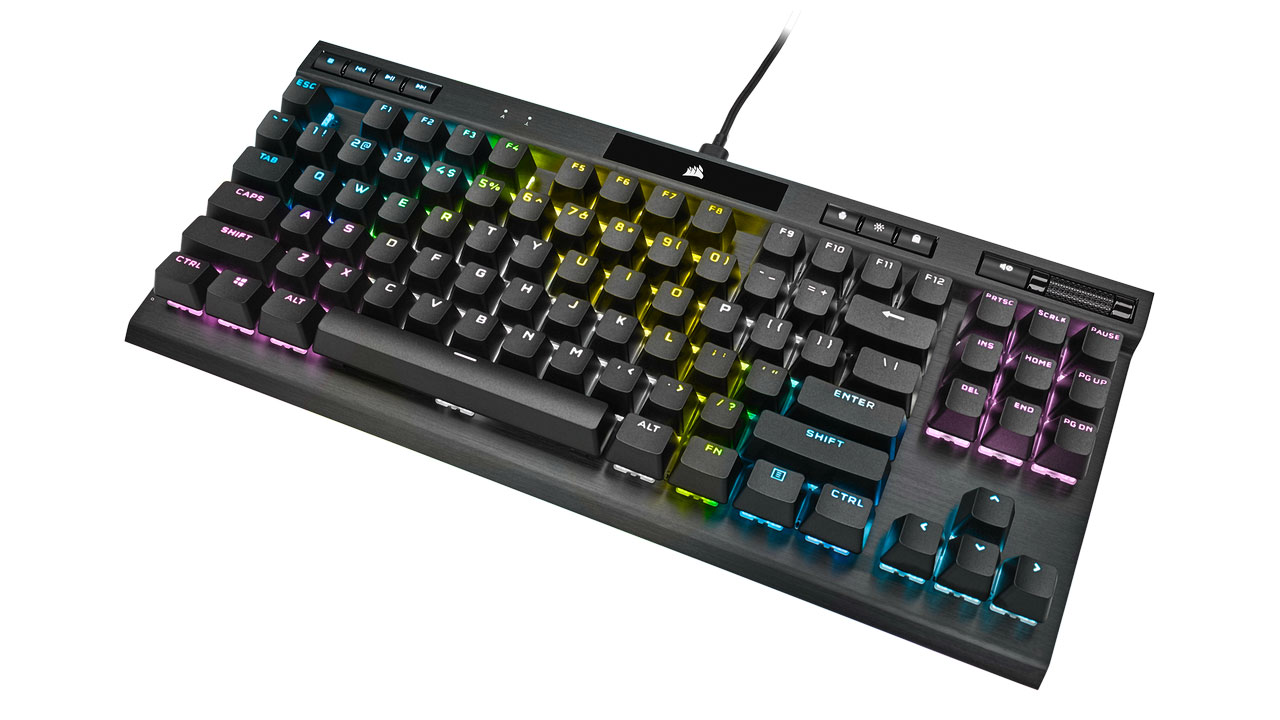 The new K70 RGB TKL Champion Series mechanical gaming keyboard features a tenkeyless layout, dedicated media buttons, a volume roller, per-key RGB lighting powered by the company’s iCUE technology, and the company’s AXON hyper-processing technology that gives the keyboard a polling rate of 8,000Hz. It also features full N-ley rollover with 100% anti-ghosting, a dedicated Windows Key lock, a detachable USB Type-C cable, and 8MB of onboard storage allowing for up to 50 profiles to be saved on the keyboard. The K70 RGB TKL also features what the Corsair calls a tournament switch that locks the backlighting of the K70 RGB TKL to a static color and disables macros for convenient tournament compliance.

The K70 RGB TKL Champion Series comes with PBT double-shot keycaps and will be available with either Cherry MX Red, Silent Red, or Speed Silver keyswitches (availability may vary by region).

Corsair has utilized the feedback of esports pros from teams such as Team Secret, Vitality, and Envy to design the new Sabre Pro and Sabre RGB Pro gaming mice. Both the Sabre Pro and Sabre RGB Pro feature an ergonomic shape that is catered towards both claw and palm grip users as well as a flexible paracord cable. The new mice also weigh only 69 grams and 74 grams, respectively, with the former doing away with RGB lighting to shed 5 grams from its weight. The Sabre Pro and Sabre RGB Pro are also the first Corsair mice to feature the company’s Axon hyper-processing technology, giving them a polling rate of 8,000Hz. The mice are also equipped with Corsair Quickstrike buttons that are pre-tensioned to reduce the gap between the buttons and the mice’s Omron switches.