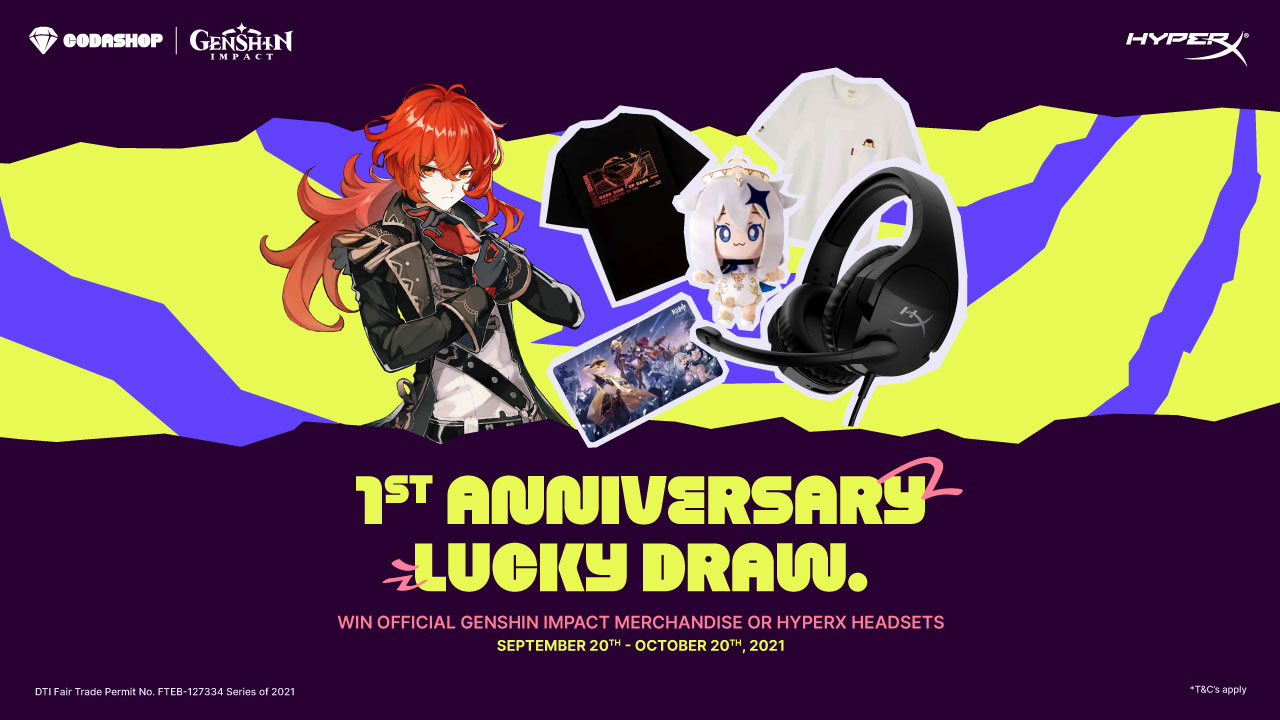 Codashop is celebrating the 1st anniversary of Genshin Impact with a raffle promo in partnership with developer MiHoYo and HyperX. During the promotion, which runs from September 20 to October 20, 2021, those who purchase Genesis Crystals through Codashop will get a chance to win HyperX headsets and Genshin Impact merchandise.

“At Coda, we love Genshin Impact and so do millions of our users. It was obvious that we had to pull out all the stops to celebrate its first anniversary,” said Coda Payments CEO Philippe Limes.

According to Codashop, those who are interested to join the promo only need to purchase Genesis Crystals from Codashop, enter a valid email address during their purchase, and fill up the promo registration form, during the promo period. The winners will be drawn on October 21, 2021, and will be announced the following day.

“We are very excited to be teaming up with both HyperX and Genshin Impact to offer our users exclusive prizes and solidify Codashop’s key role in the Genshin Impact community,” said Guillaume Noe, Coda Payments VP of Marketing.

The Codashop x Genshin Impact Anniversary Raffle Promo will be open from September 20 to October 20, 2021. More information on the promotion can be found on the official Codashop website.