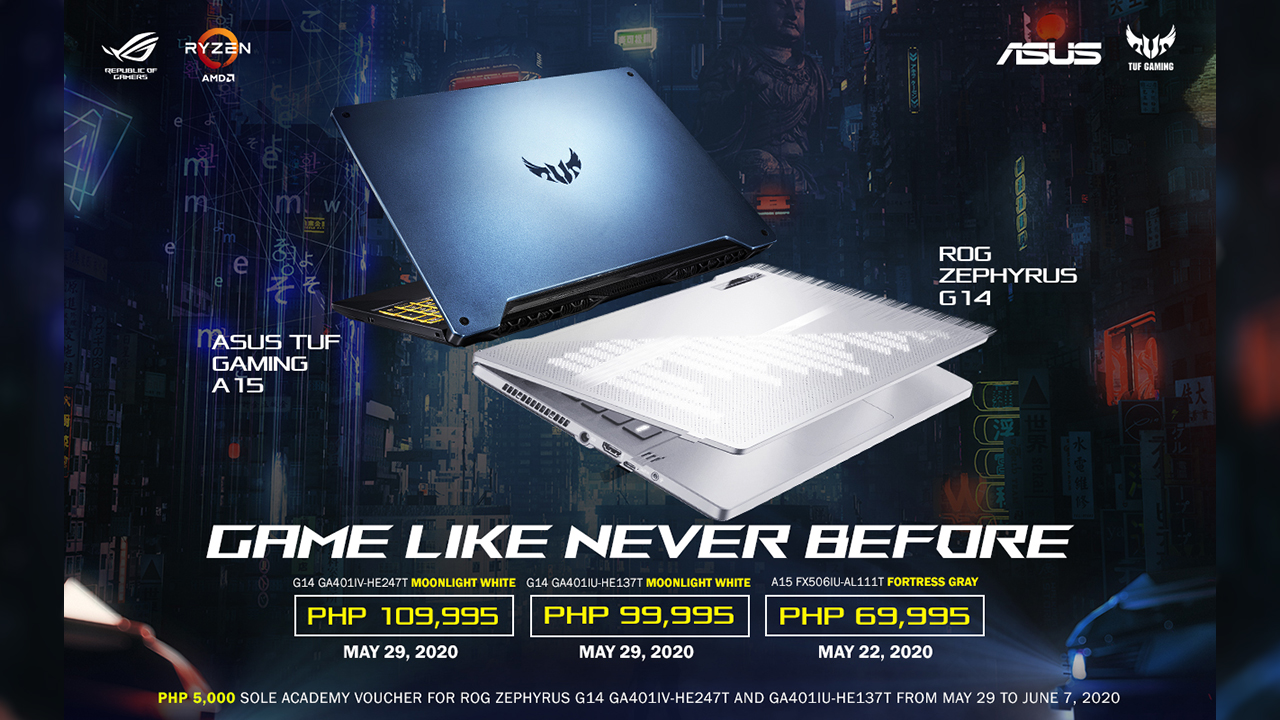 ASUS and ROG (Republic of Gamers) have officially announced the release of their recently launched ROG Zephyrus G14 and TUF Gaming A15 laptops. The new notebooks are part of the company’s new line of devices powered by 4th generation AMD Ryzen processors. The 14-inch Zephyrus G14 will be available starting May 29, 2020, while the more affordable TUF Gaming A15 is already available in select retail stores. 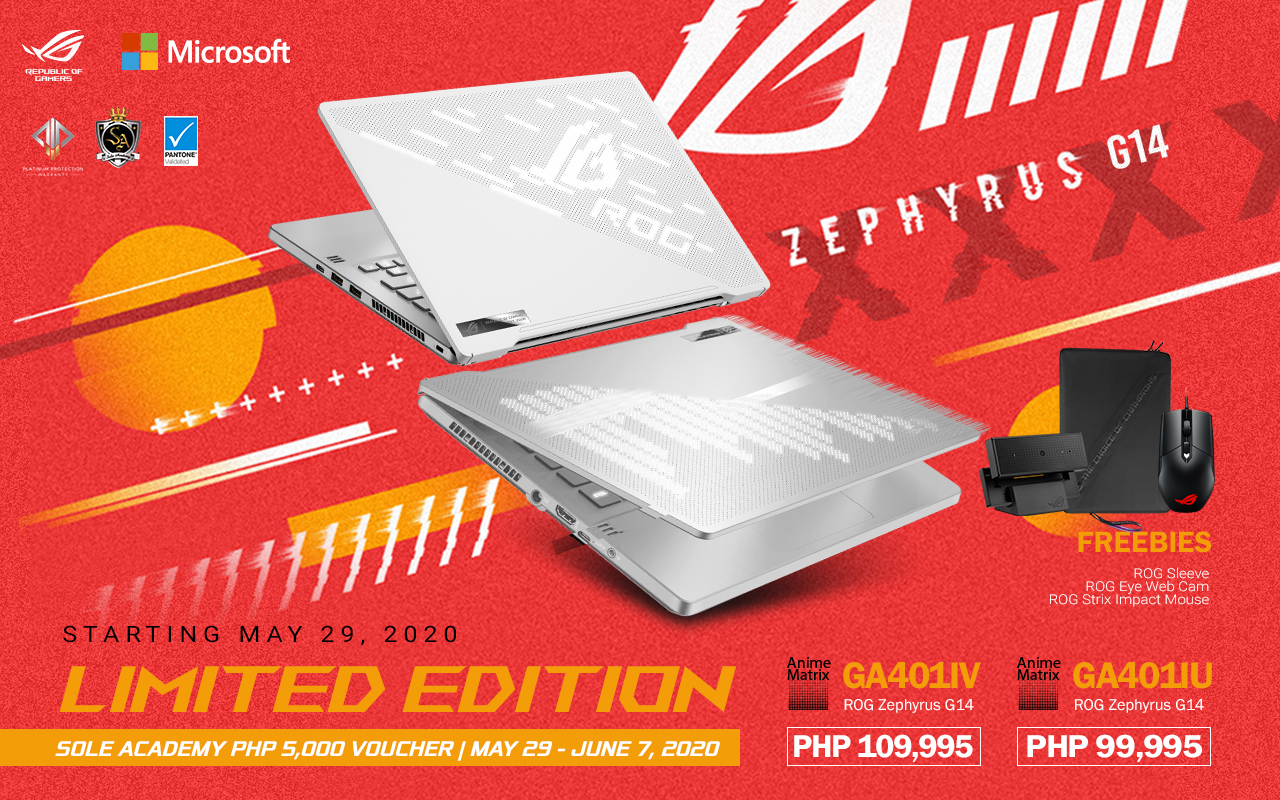 The rest of the specifications of both ROG Zephyrus G14 models include an AMD Ryzen 9 4900HS processor, 1TB of SSD storage, and a 14-inch Full HD (1920 x 1080) 120Hz IPS display. Both models will also come in a Moonlight White color variant and feature the AniMe Matrix LED array on the cover. 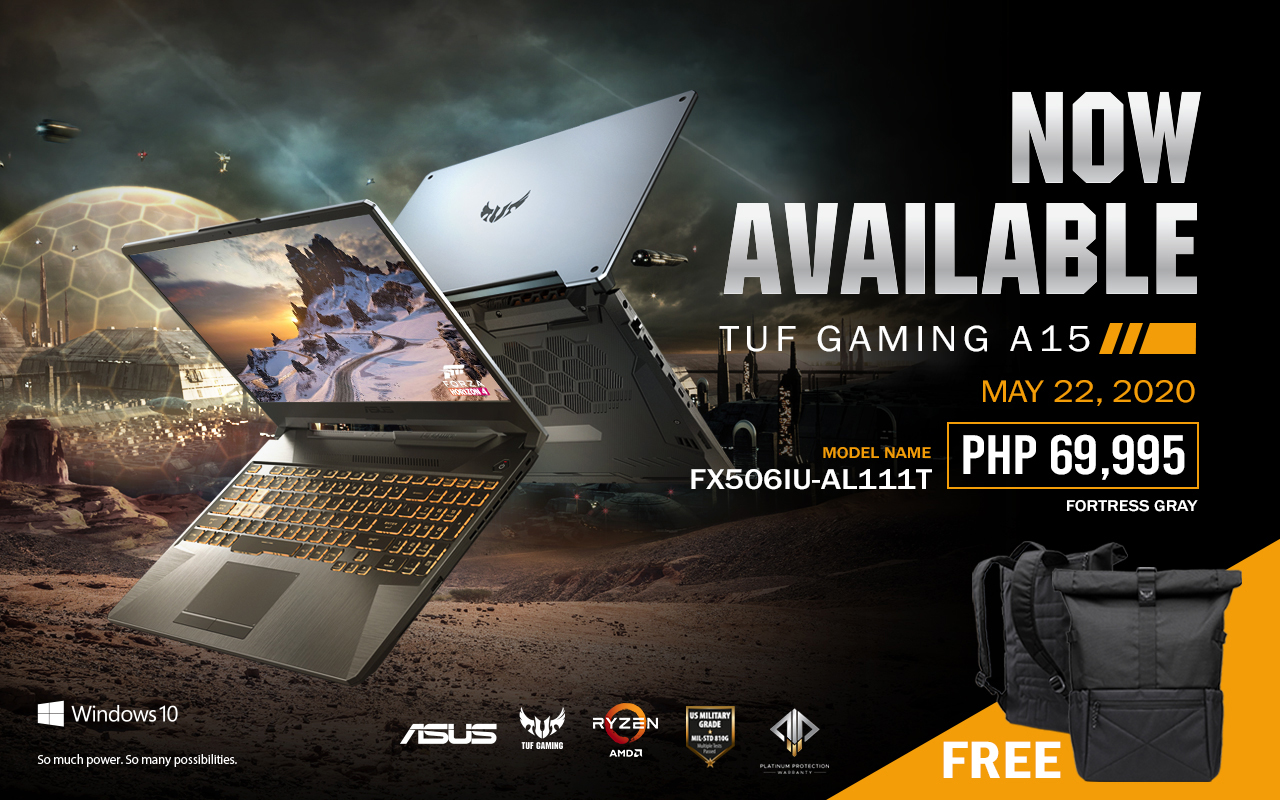 The ASUS TUF Gaming A15 is already available through select retailers while the ROG Zephyrus G14 will be available starting May 22, 2020. More information on the mechanics of the Sole Academy promotion for the Zephyrus G14 can be found here (https://bit.ly/ROGxSoleAcademy-Mechanics) while those who registration form for those who have successfully purchased the new laptop from May 29 to June 7, 2020, can be found here (https://bit.ly/ROGxSoleAcademy-Registration).