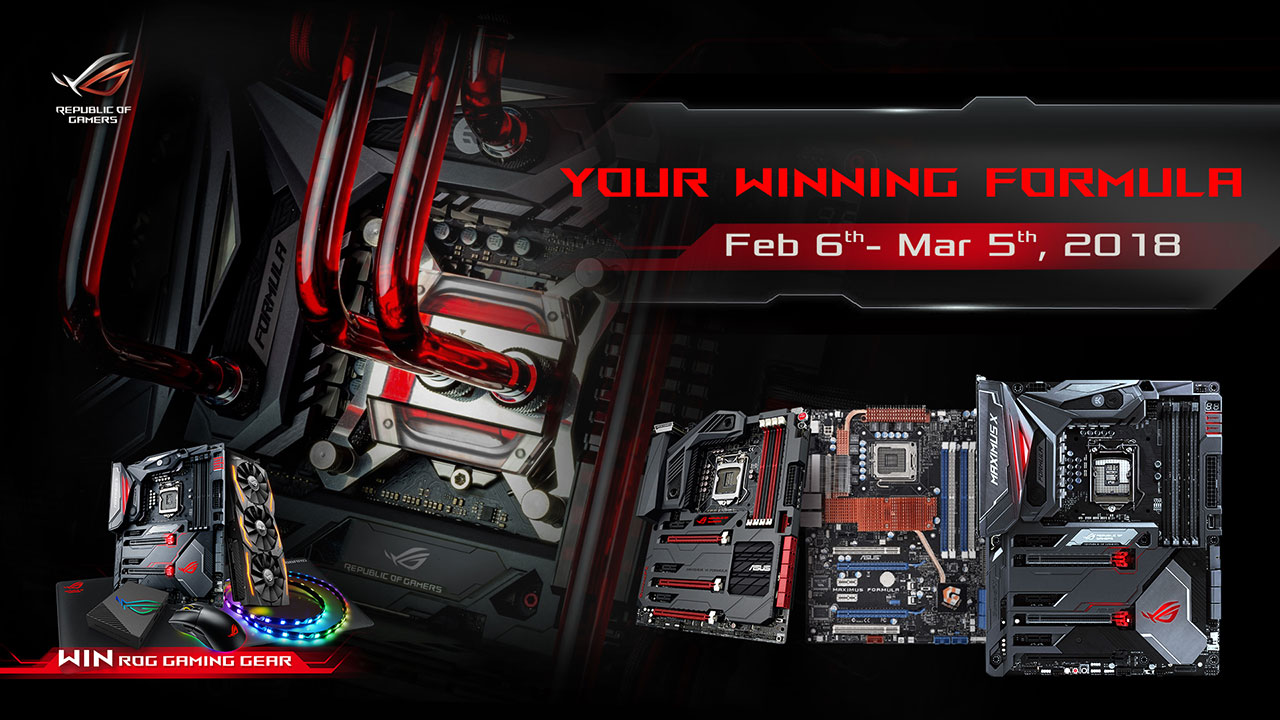 ASUS Republic of Gamers (ROG) has launched a new worldwide campaign and competition called Your Winning Formula to celebrate the 10th anniversary of their top-of-the-line Maximus Formula series motherboards.

The entries must be posted on Facebook, Twitter, Instagram, or YouTube (or all four) with the hashtag #ROGWinningFormula then submitted to ASUS ROG via the Gleam widget on the campaign website. The winners, one (1) grand prize and two (2) runners-up from each category (owners and fans), will be chosen based on which entries receive the most votes. 70% of the vote weight will come from the ROG team while 30% will come from the fans.

Aside from the grand prize and runners-up, three entries from each category which received the most fan votes will also win a prize package that includes products from ASUS ROG’s partners. Additionally, there will also be lucky draw prizes for random entries.

Here’s the list of prizes for each winner and category:

Full competition details and rules are available at https://rog.asus.com/microsite/motherboard/Your-Winning-Formula.