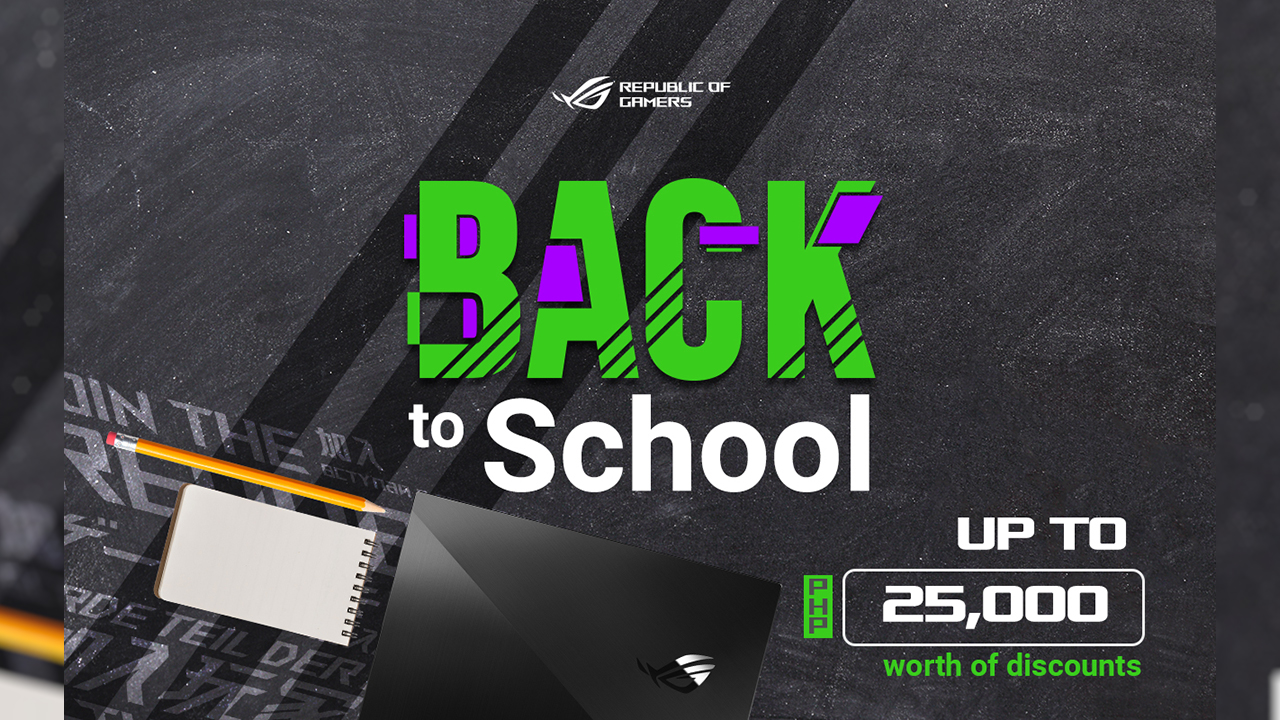 ASUS ROG (Republic of Gamers) has announced its new Back-to-School Promo for some of its previously released ROG gaming laptops. Those who purchased select ASUS ROG gaming laptops during the promotion period, which runs until supplies last, will not only get a discounted price but will also get special bundled items as well as.

The laptops that are part of the Back-to-School Promo include some of the company’s ROG models equipped Intel 8th generation processors such as the ROG Zephyrus S and ROG Strix Scar while the special bundled items range from a free ROG Impact gaming mouse to a VA326H gaming monitor (worth PHP 23,560) and more.

Here’s a full list of participating gaming laptops during the Back-to-School Promo as well as their respective discounted pricing and special bundled items: