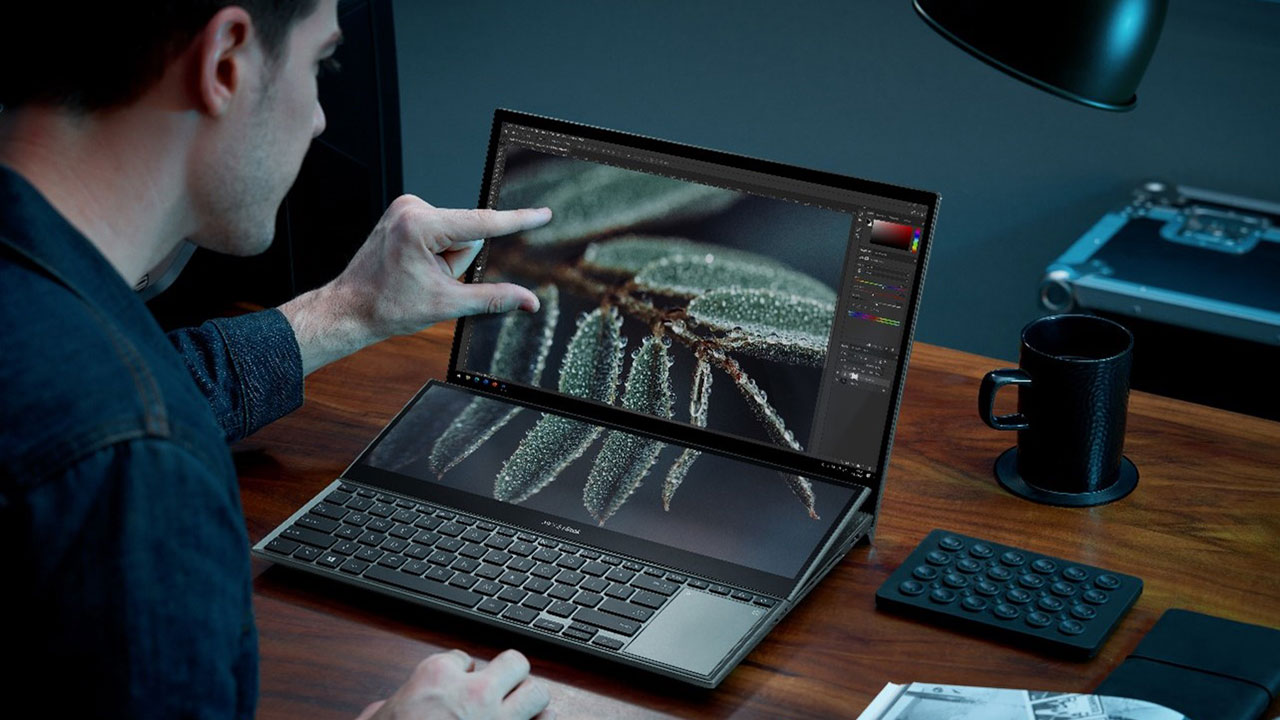 ASUS has launched its new ZenBook Pro Duo 15 OLED in the Philippines, the bigger and more powerful brother of the ZenBook Duo 14 we checked out last March (read our review here and watch our unboxing here). 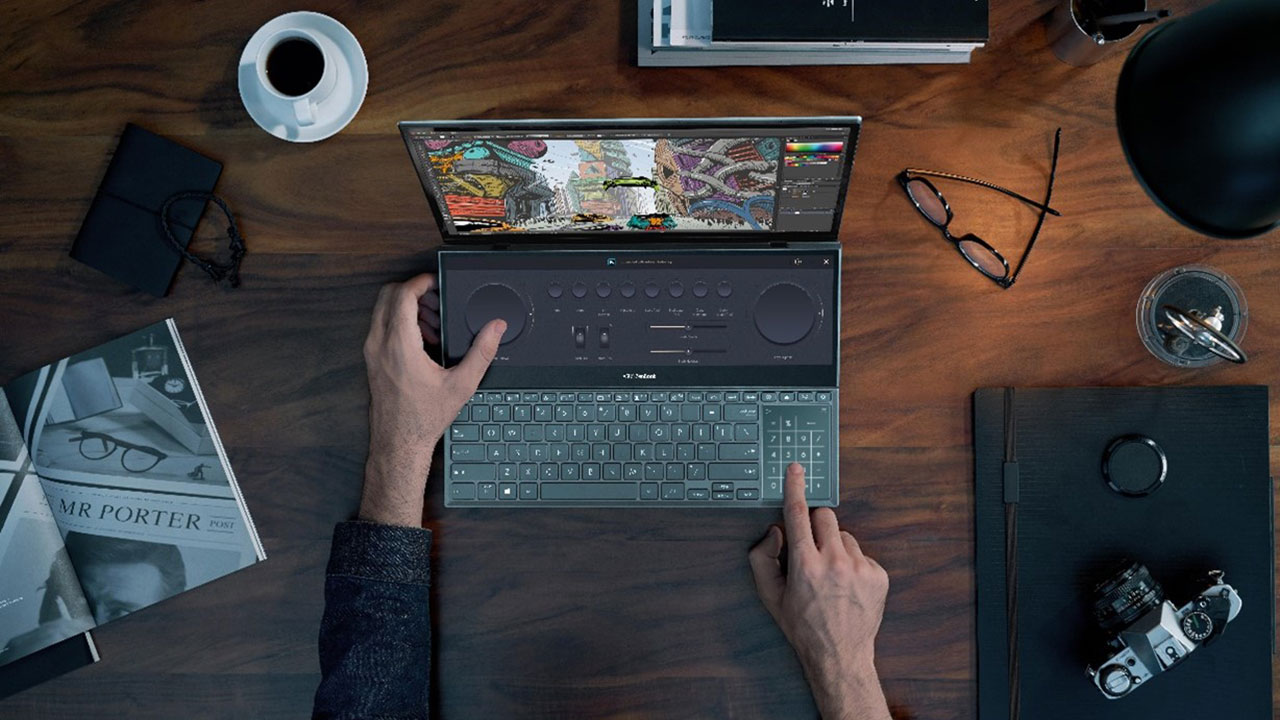 The ZenBook Pro Duo 15 OLED still has the same key features as its little brother, including the signature tilting ScreenPad Plus, which is now sized at 14.1-inches with a display resolution of 3840 x 1100 pixels. There’s also the AAS Plus cooling system that lifts the rear of the laptop up when its opened for better airflow as well as the new ScreenXpert 2.0 with its new Control Center and Control Panel app, the latter of which works with software such as Adobe Premiere, After Effects, Photoshop, and Lightroom Classic.

The new laptop is equipped with WiFi 6 and Bluetooth 5.0 wireless connectivity options as well as two Thunderbolt 3 USB-C ports, one USB 3.2 Gen 2 Type-A port, one HDMI 2.0 port, and a 3.5mm audio jack. The touchpad of the ZenBook Pro Duo 15 OLED can also be switched to a number pad when needed. 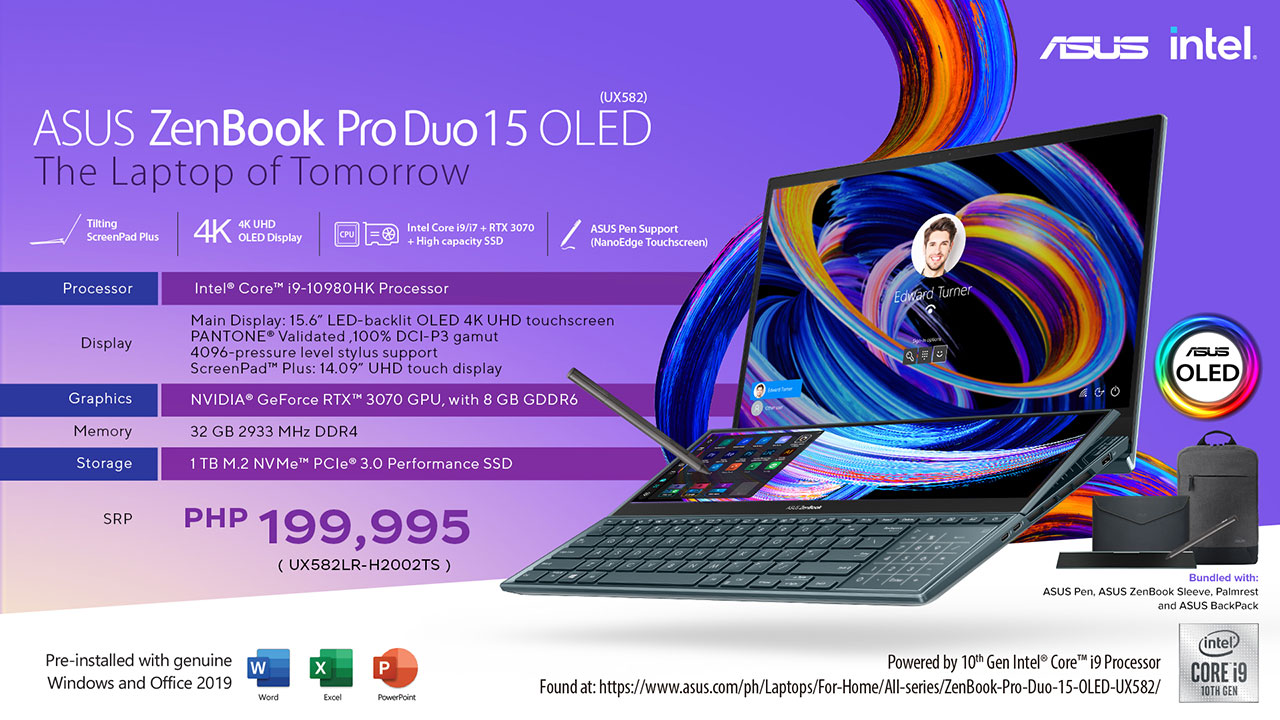 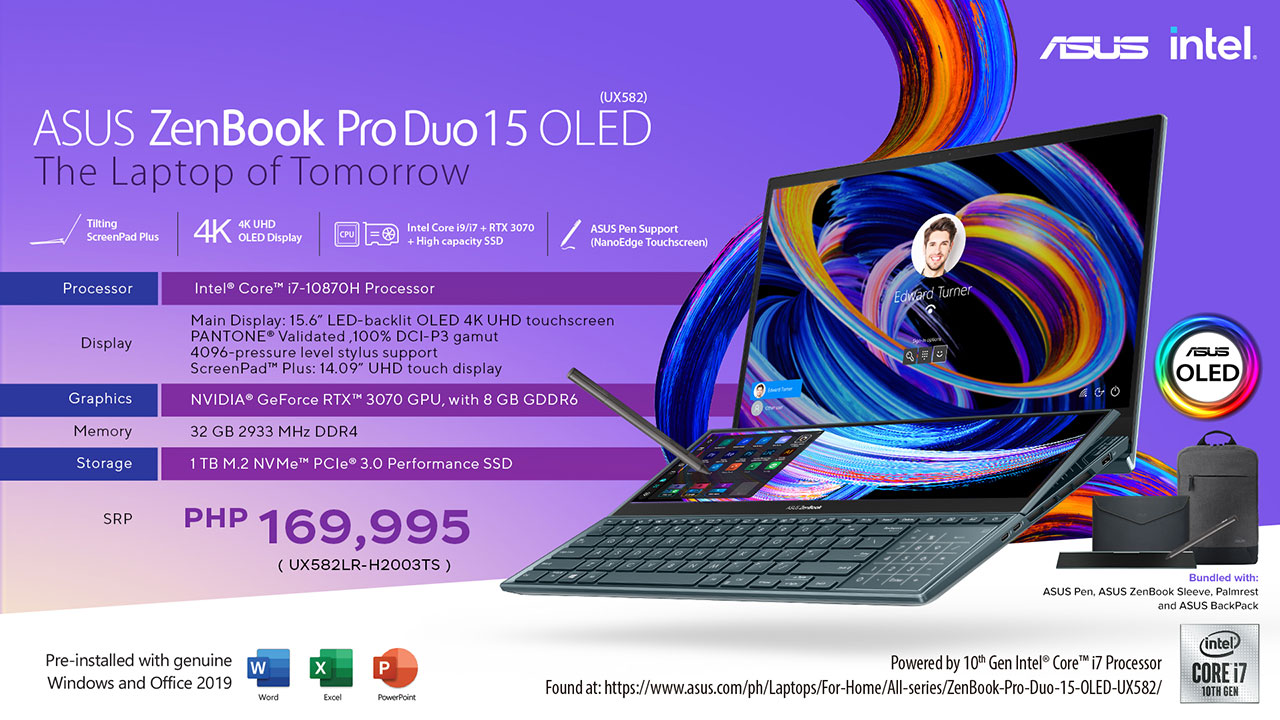