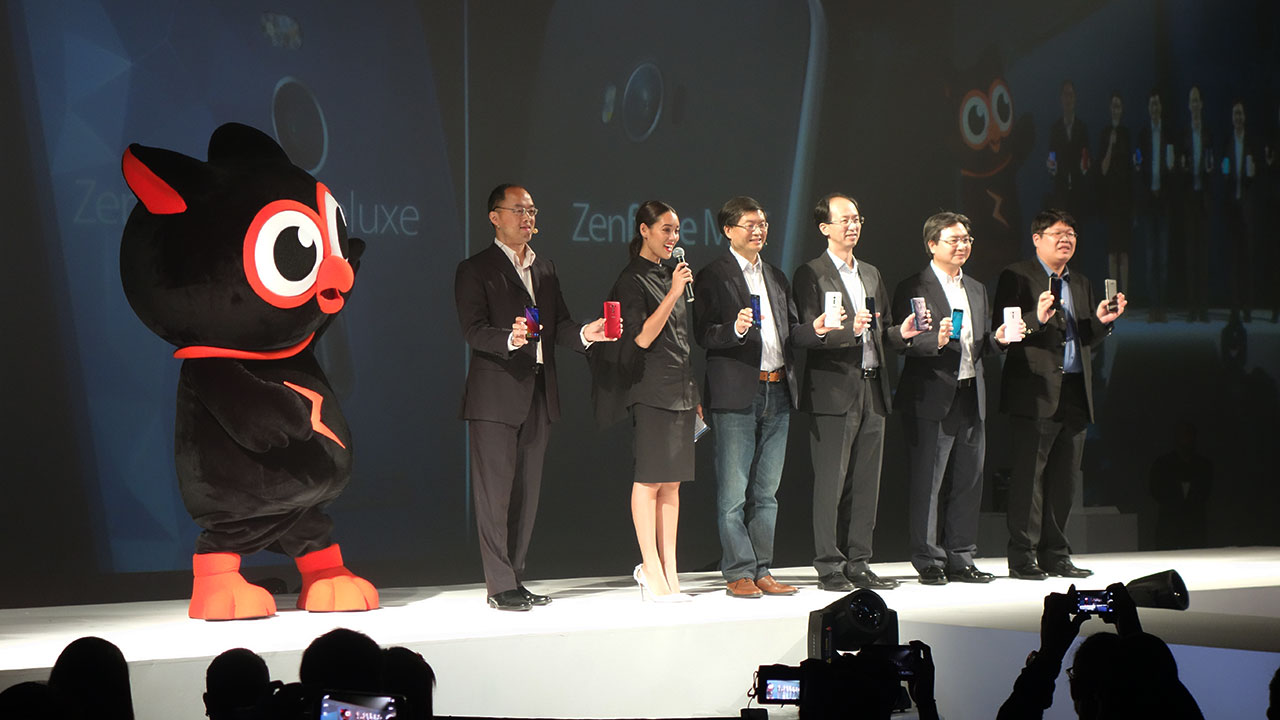 The ASUS Zenfone 2 has been one of the most interesting devices of the year. It was the world’s first smartphones to carry 4GB of RAM and used one of Intel’s latest mobile processors. And last Saturday at the Zen Festival Manila, the company expanded its Zenfone line-up with the launch of the Zenfone 2 Deluxe, the Zenfone 2 Laser, and the Zenfone Selfie.

The first of the new Zenfone 2 models, the Deluxe, is the new high-end version of the original Zenfone 2. It comes with 128GB of RAM and a newly designed multifaceted back cover. Other than the internal storage, the Deluxe features the same specifications as the Zenfone 2 ZE551ML including the same 5.5-inch Full HD IPS display, 64-bit Intel Atom Z3580 2.3GHz processor, 4GB of RAM, 3000mAh battery, 13-megapixel rear camera, 5-megapixel front-facing camera, 4G LTE connectivity, dual SIM dual standby support, expandable storage support up to 64GB via microSD card, and Android 5.0 Lollipop.

The ASUS Zenfone 2 Deluxe is available in three colors – Illusion Diamond White, Illusion Polygon Blue and Illusion Smooth Pink – and will be priced at an SRP of Php17,995. 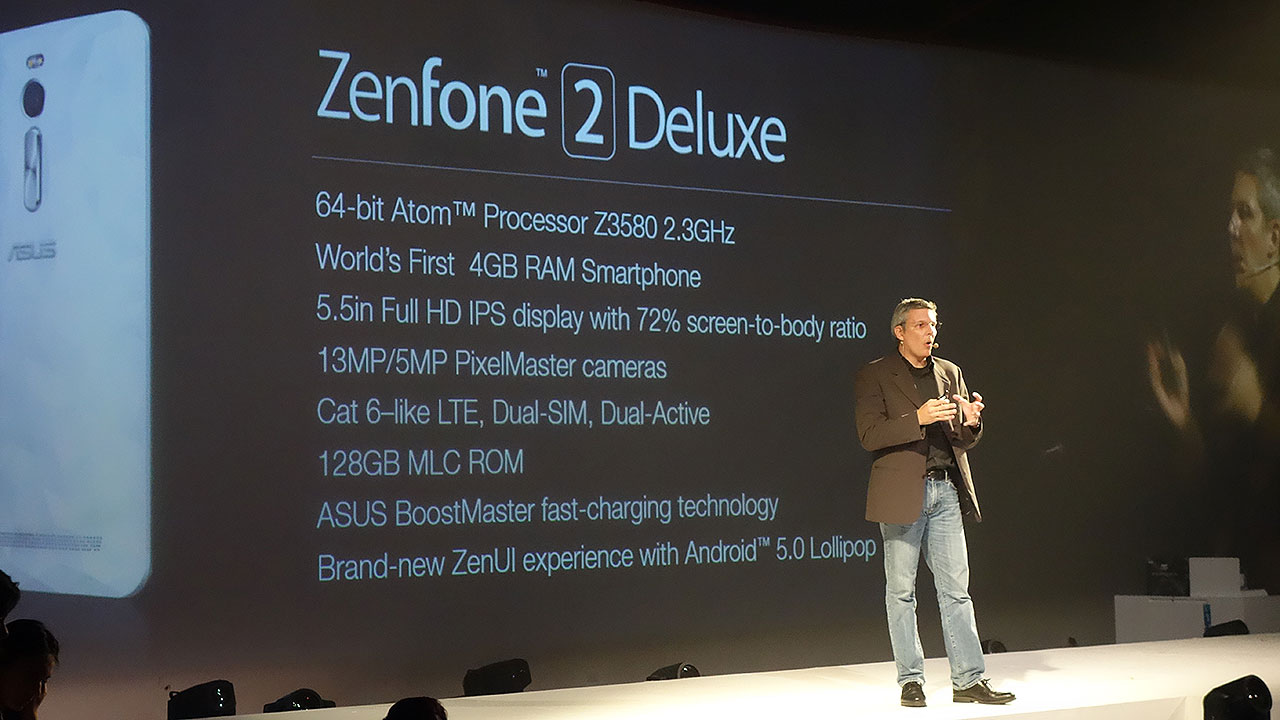 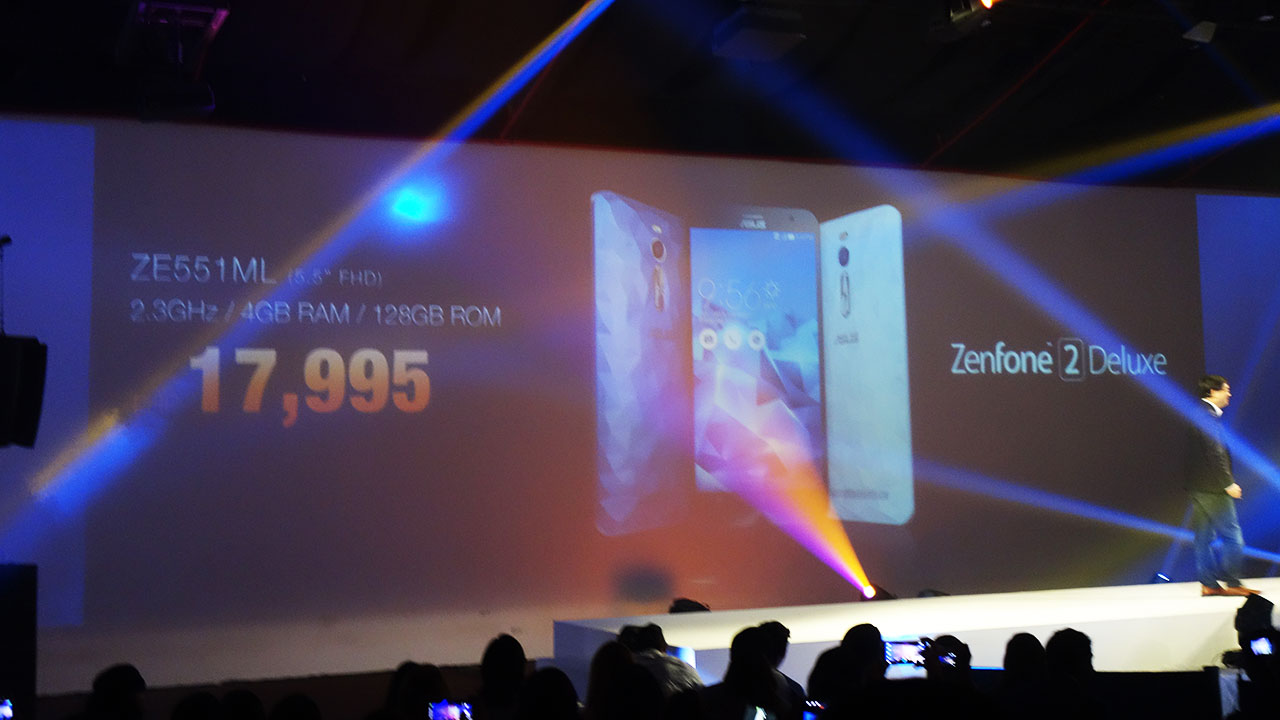 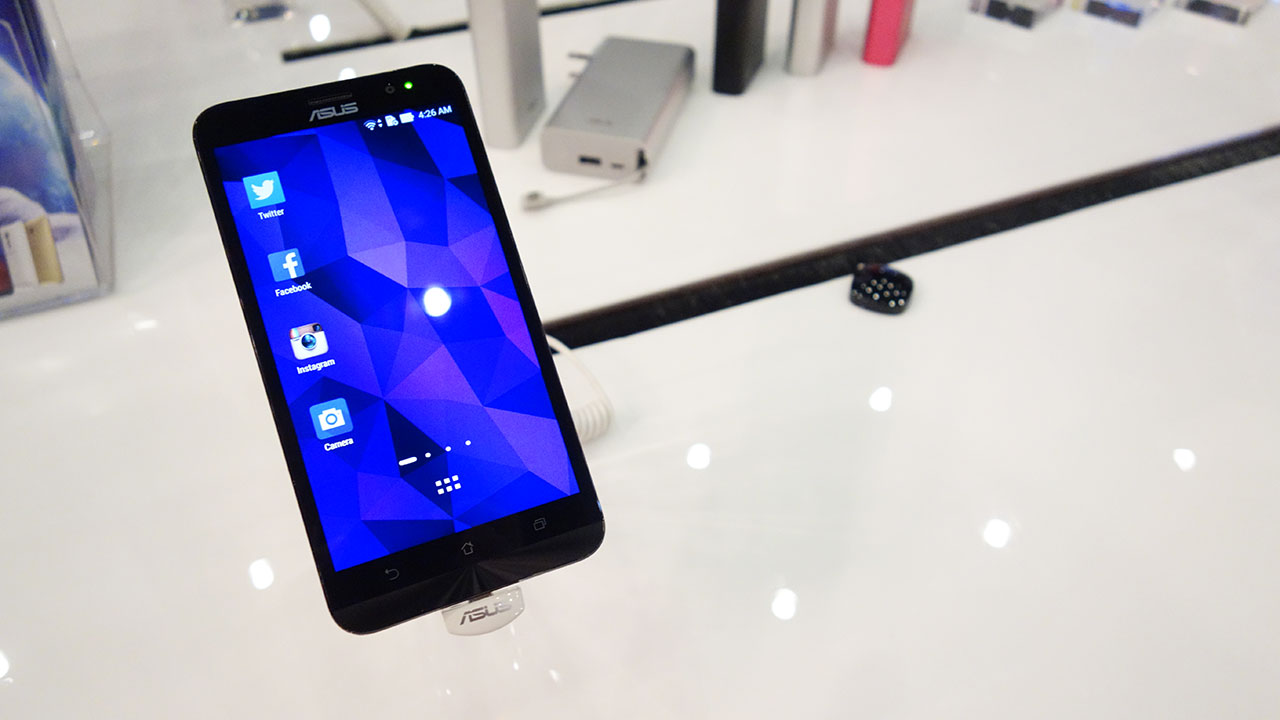 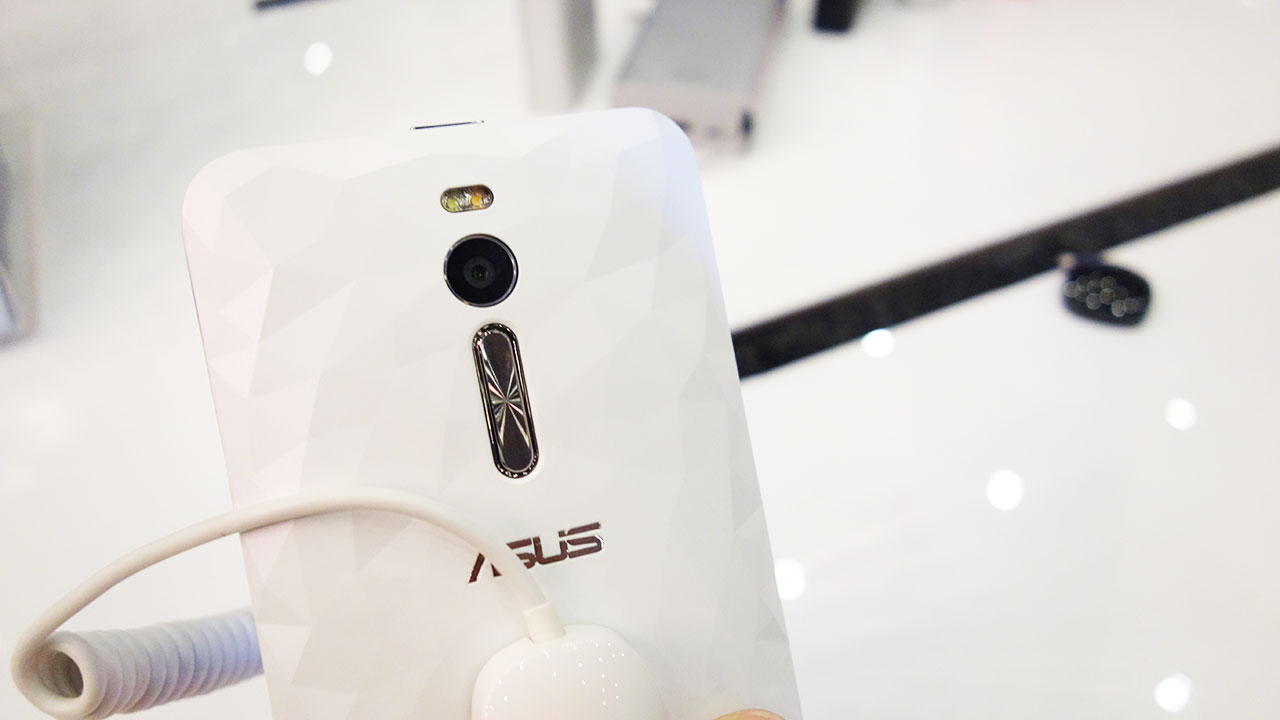 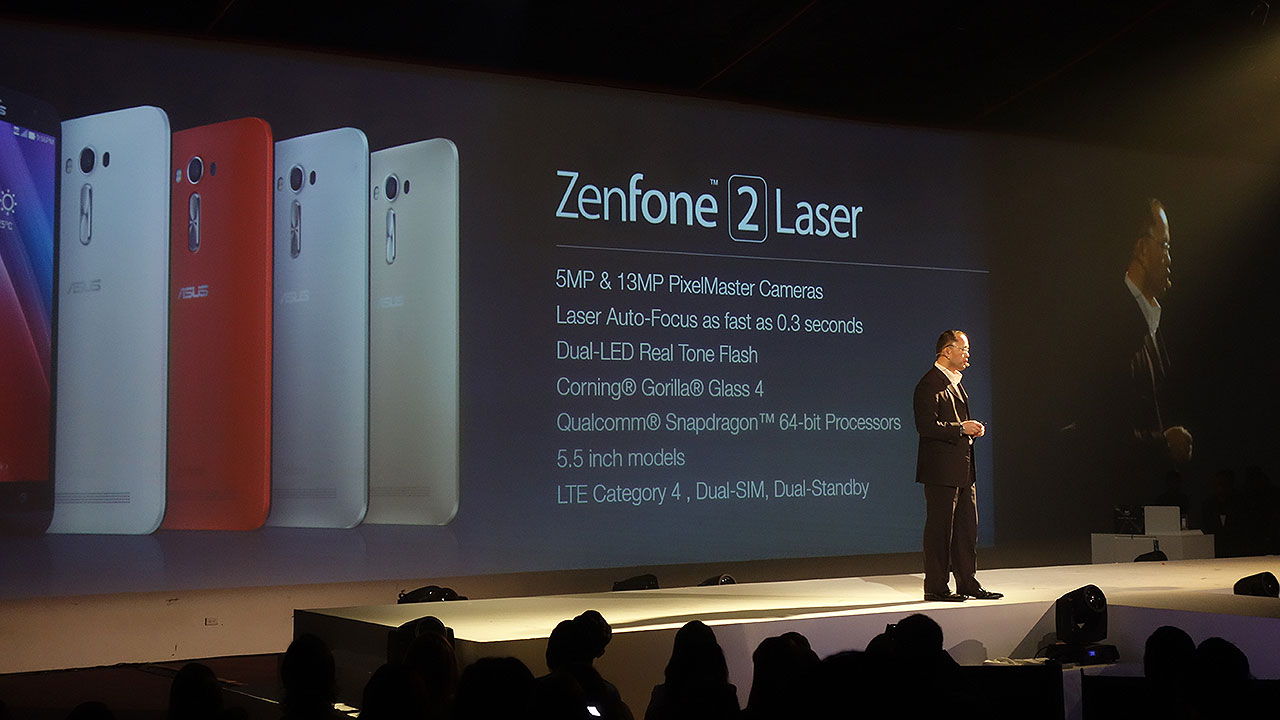 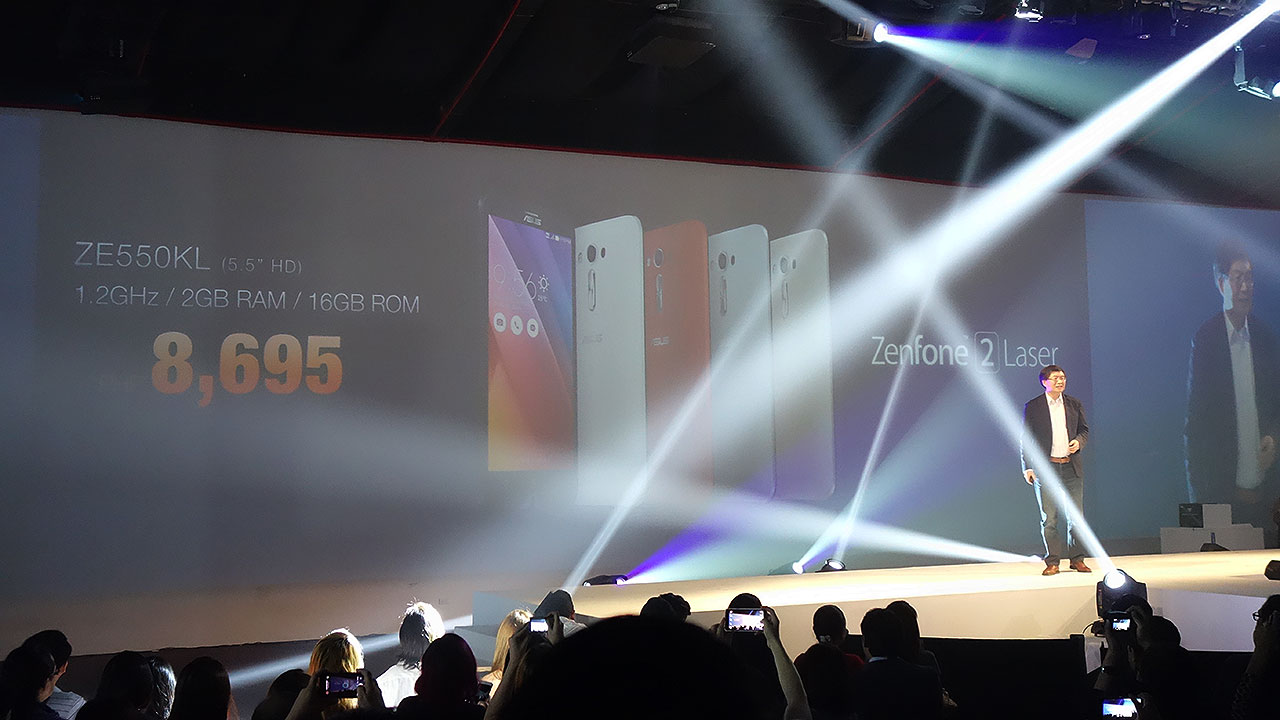 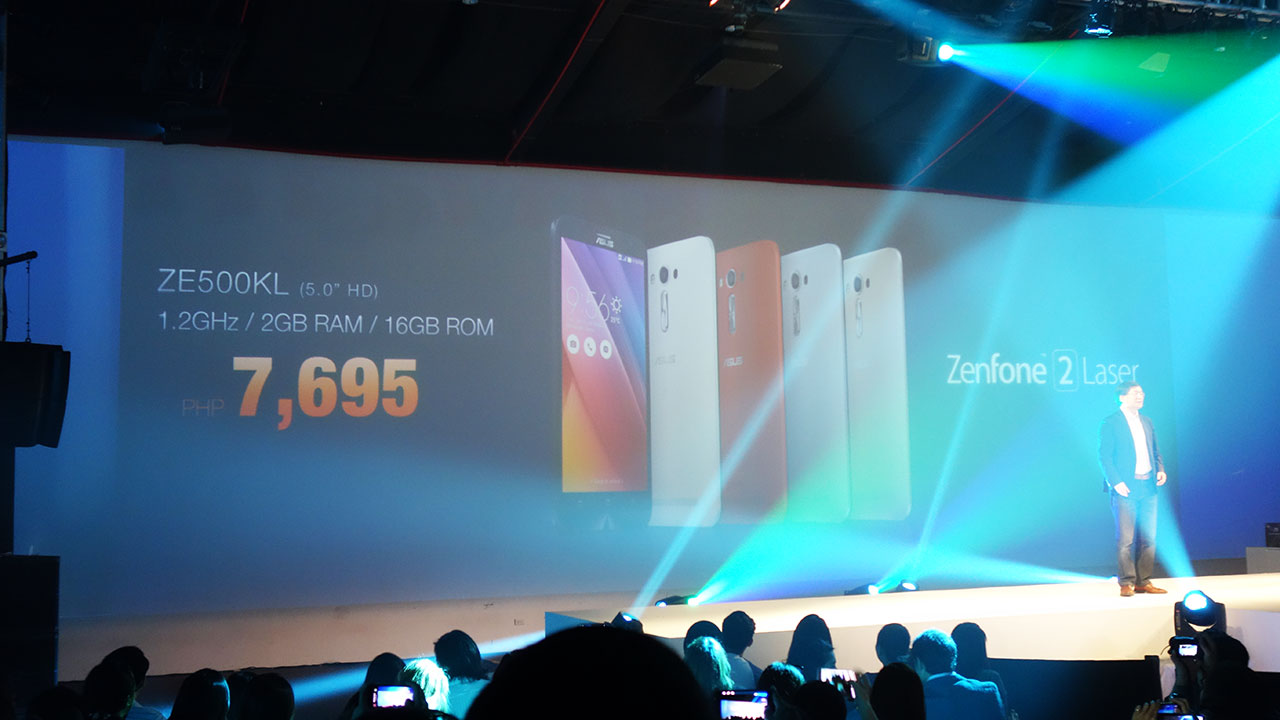 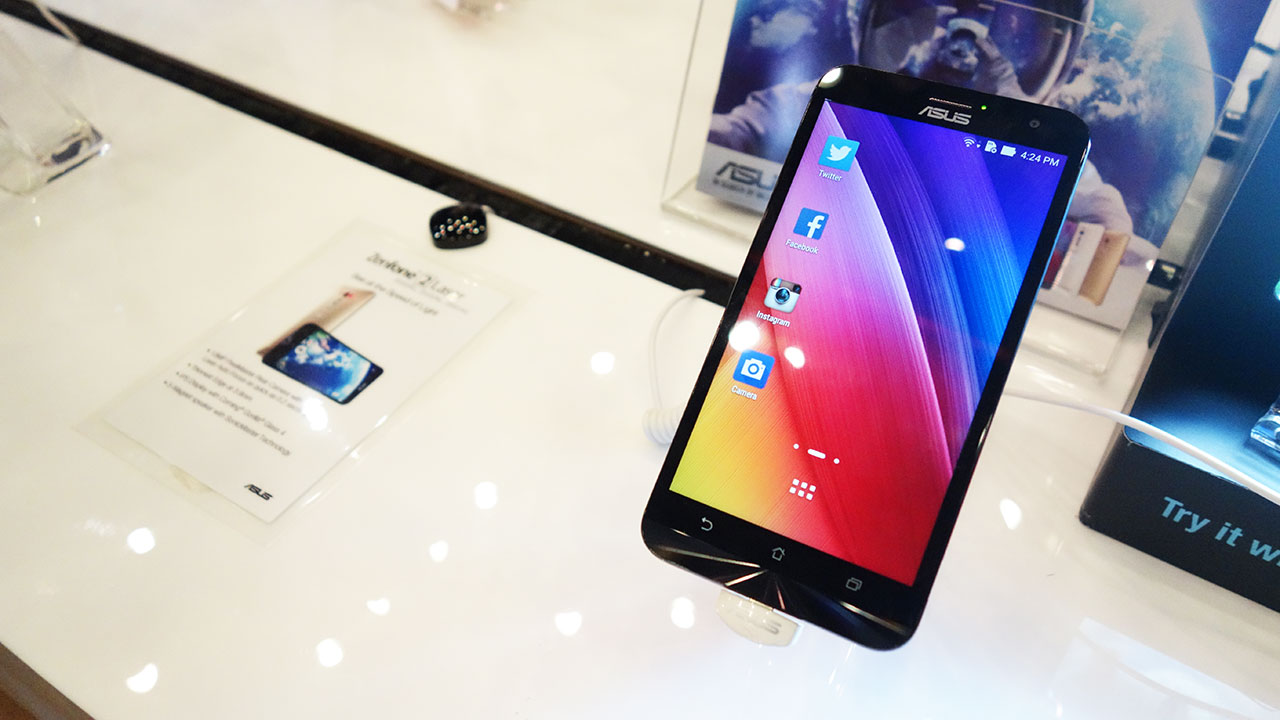 The third and last smartphone the company launched at the Zen Festival was the Zenfone Selfie, targeted at those who enjoy taking self-portraits, with its 13-megapixel f/2.2 aperture front-facing camera with dual color flash which can be easily activated with a simple S gesture on the device’s 5.5-inch full HD 1080p IPS display that, like the Zenfone 2 Laser, is protected by Gorilla Glass 4. The rear camera of the Zenfone Selfie features the same 13-megapixel sensor and dual color flash but with the added bonus of the laser auto-focus technology also found on the Zenfone 2 Laser.

As for the rest of its specifications, the Zenfone Selfie features a Qualcomm Snapdragon M8939 1.5GHz octa-core processor, 3GB of RAM, 32GB of internal storage, support for up to 128GB of expandable storage via microSD card, a 3000mAh battery, LTE Cat4 connectivity, and Android 5.0 Lollipop.

The Zenfone selfie is available in White, Pink, Aqua Blue, Gray, Gold, and Red, and can be purchased at an SRP of Php11,995. 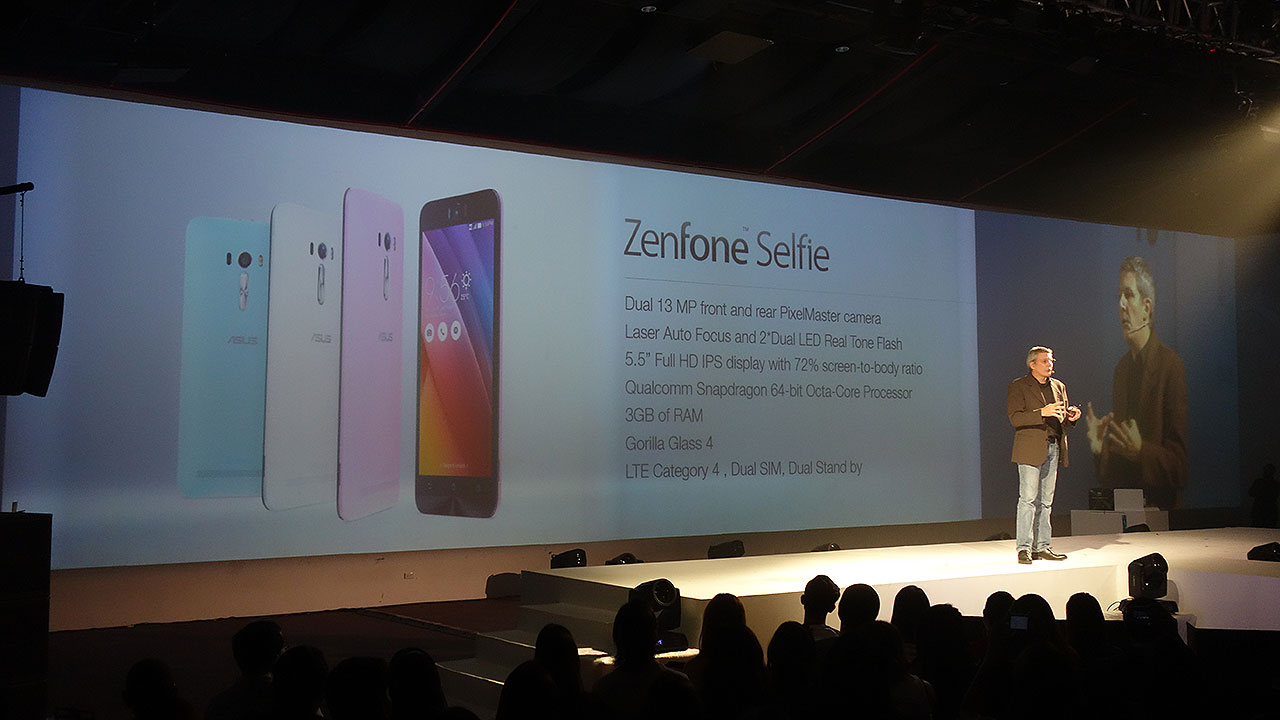 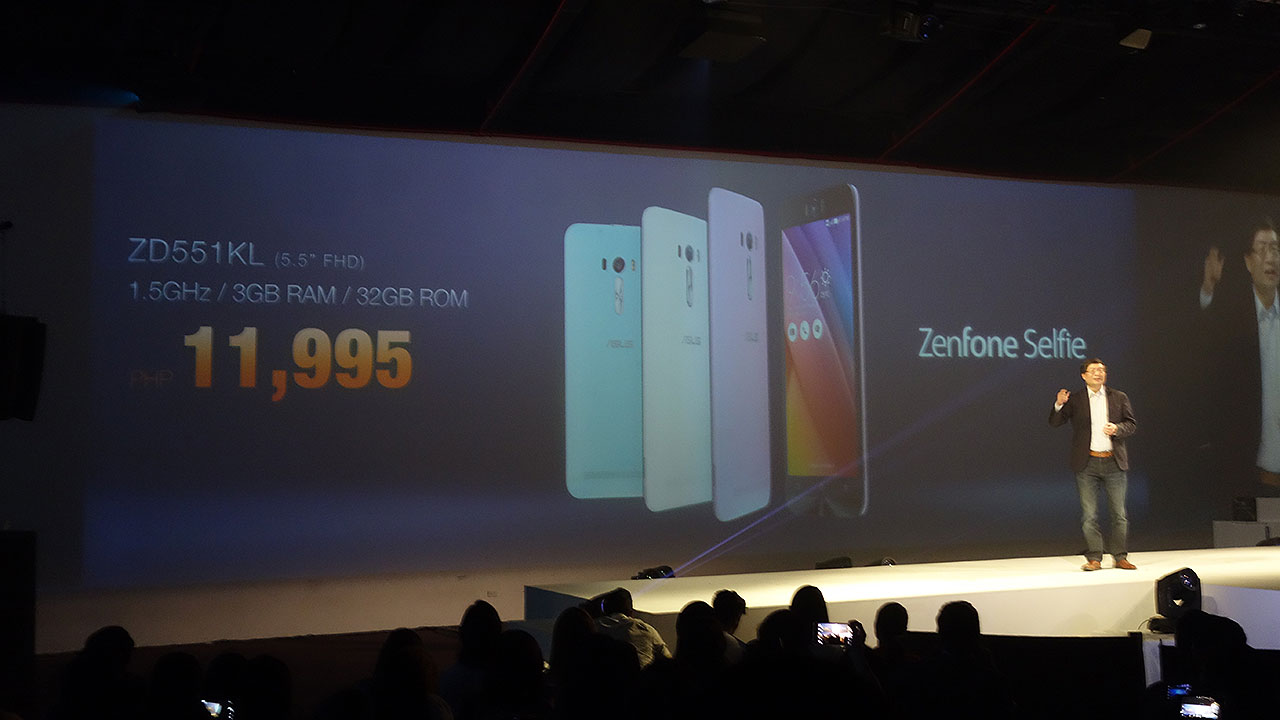 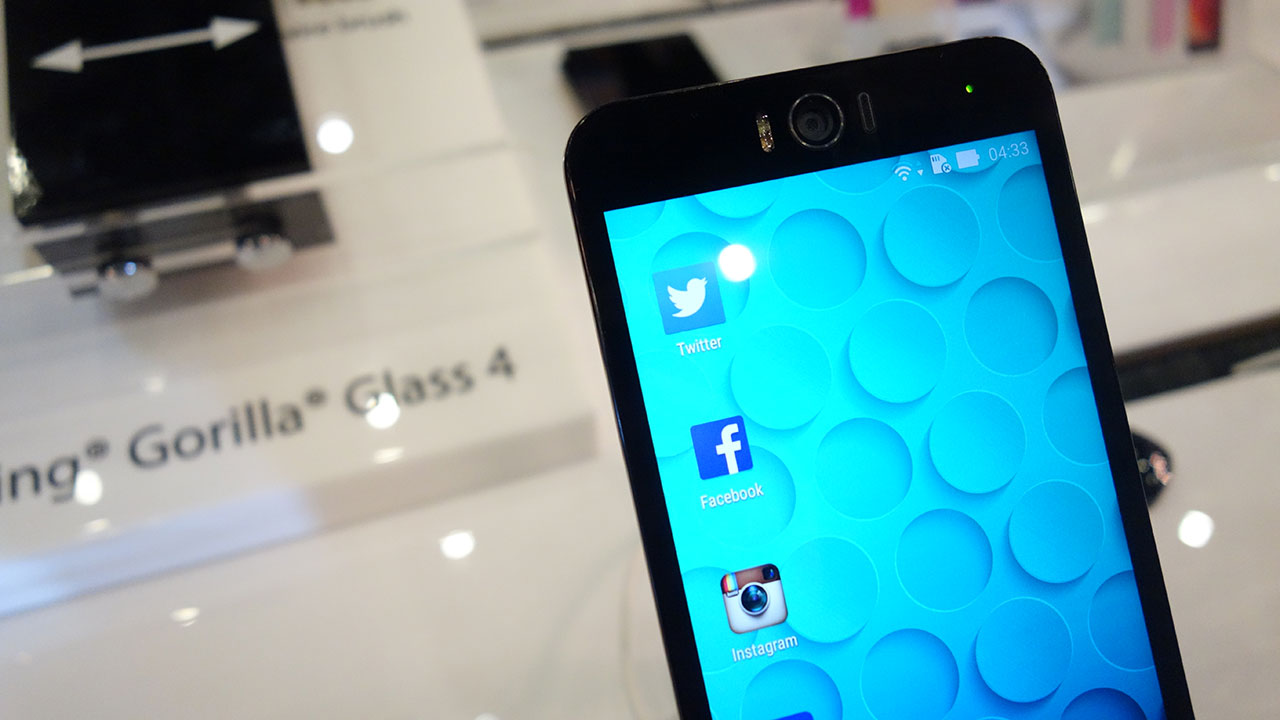 ASUS also unveiled an additional new Zenfone model at the Zen Festival called the Zenfone Max which features a large 5000mAh battery, a 13-megapixel rear camera with laser auto-focus and dual LED flash, a 5-megeapixel front-facing camera, Gorilla Glass 4 protection, a Qualcomm Snapdragon 64-bit processor, LTE Cat4 connectivity, and dual SIM dual-standby support. The company did not unveil any other details on the Zenfone Max but did reveal that the new model will launch sometime in October at a yet unspecified price. 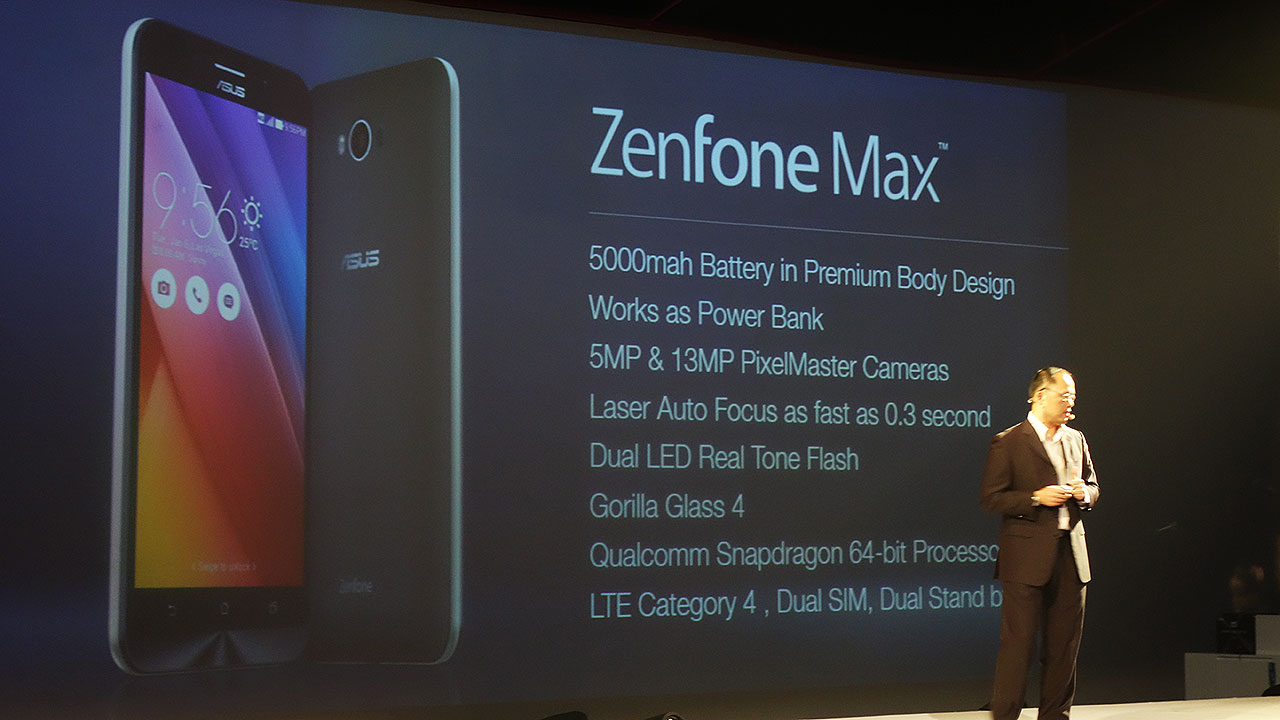 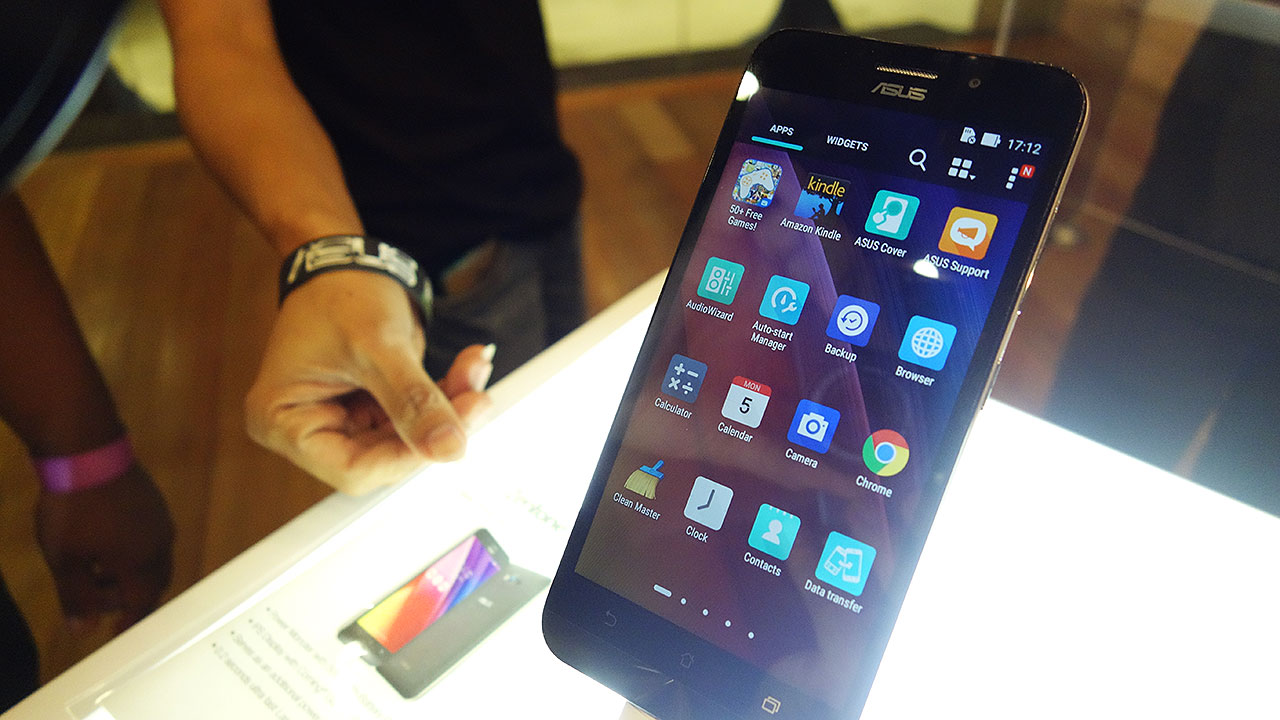