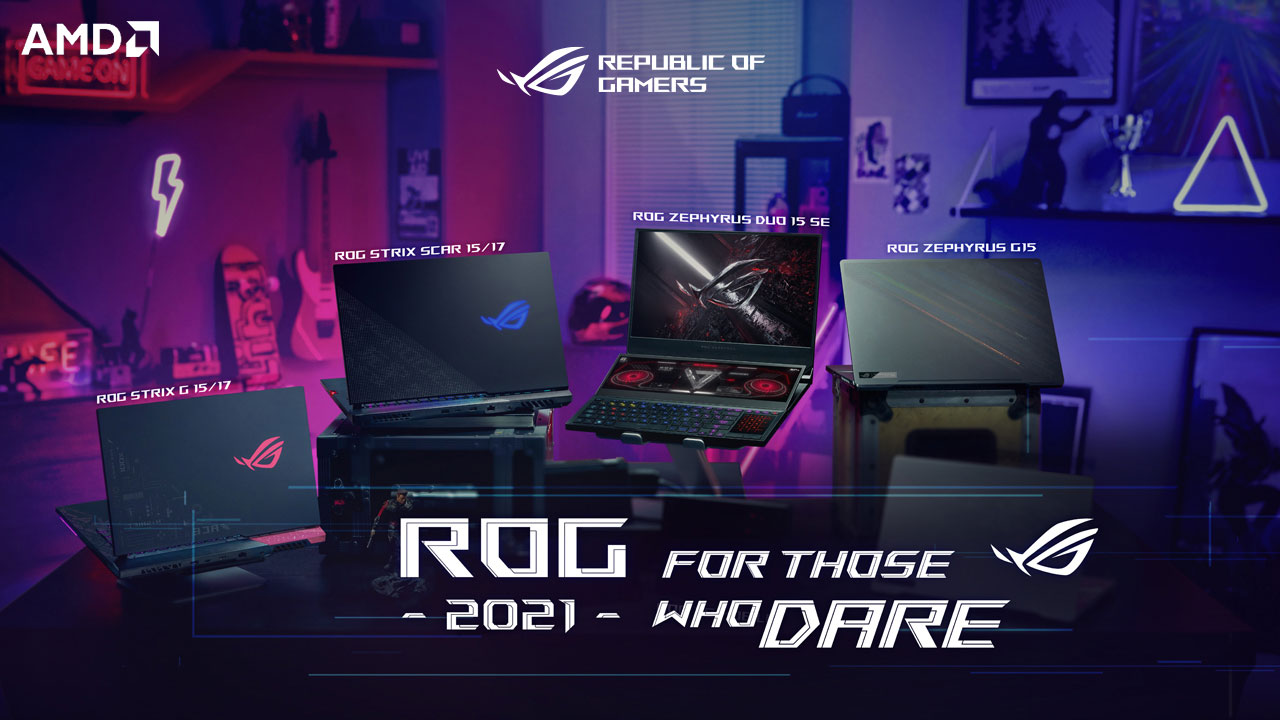 ASUS has launched its new lineup of gaming laptops that are powered by AMD’s new Ryzen 5000 processors and NVIDIA’s GeForce RTX 30 series GPUs. The company initially announced the new laptops, which include the ROG Zephyrus Duo 51 SE, the ROG Zephyrus G15, the ROG Strix Scar, and the ROG Strix G, at CES 2021 and will be available in the Philippines sometime next month.

ASUS Philippines Country Head George Su shares, “ASUS ROG was dubbed as the number one gaming laptop worldwide in the last year. We could not have done it without the support from our community. Your loyalty is what drives us to commit to bringing the best innovation and best performance.”

Each of the upcoming laptops will come with free item bundles that are worth up to PHP 31,000. Some of the possible bundle items include an ROG Ranger backpack, an ROG Delta Gaming Headset, an ROG Chakram Core gaming mouse, and more. 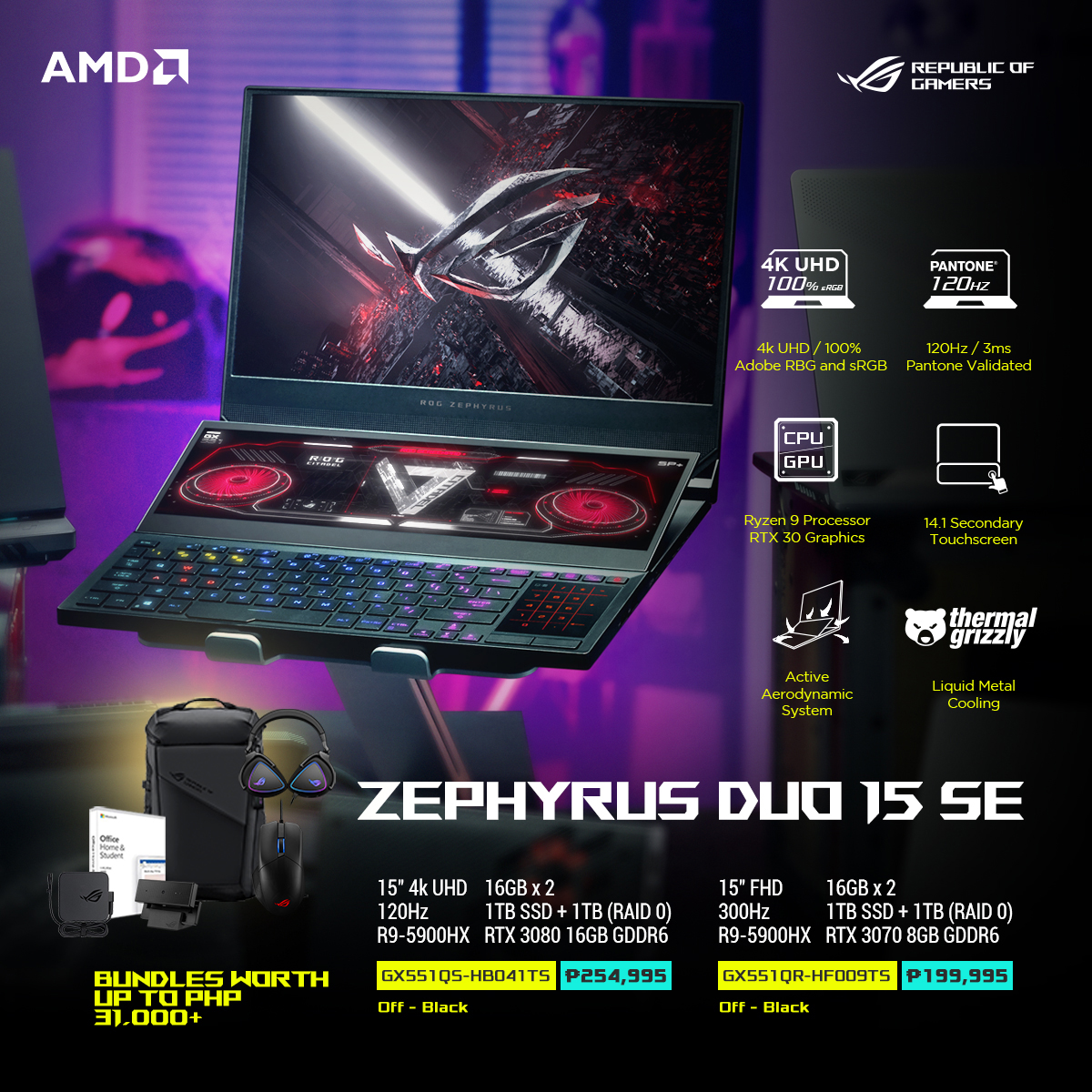 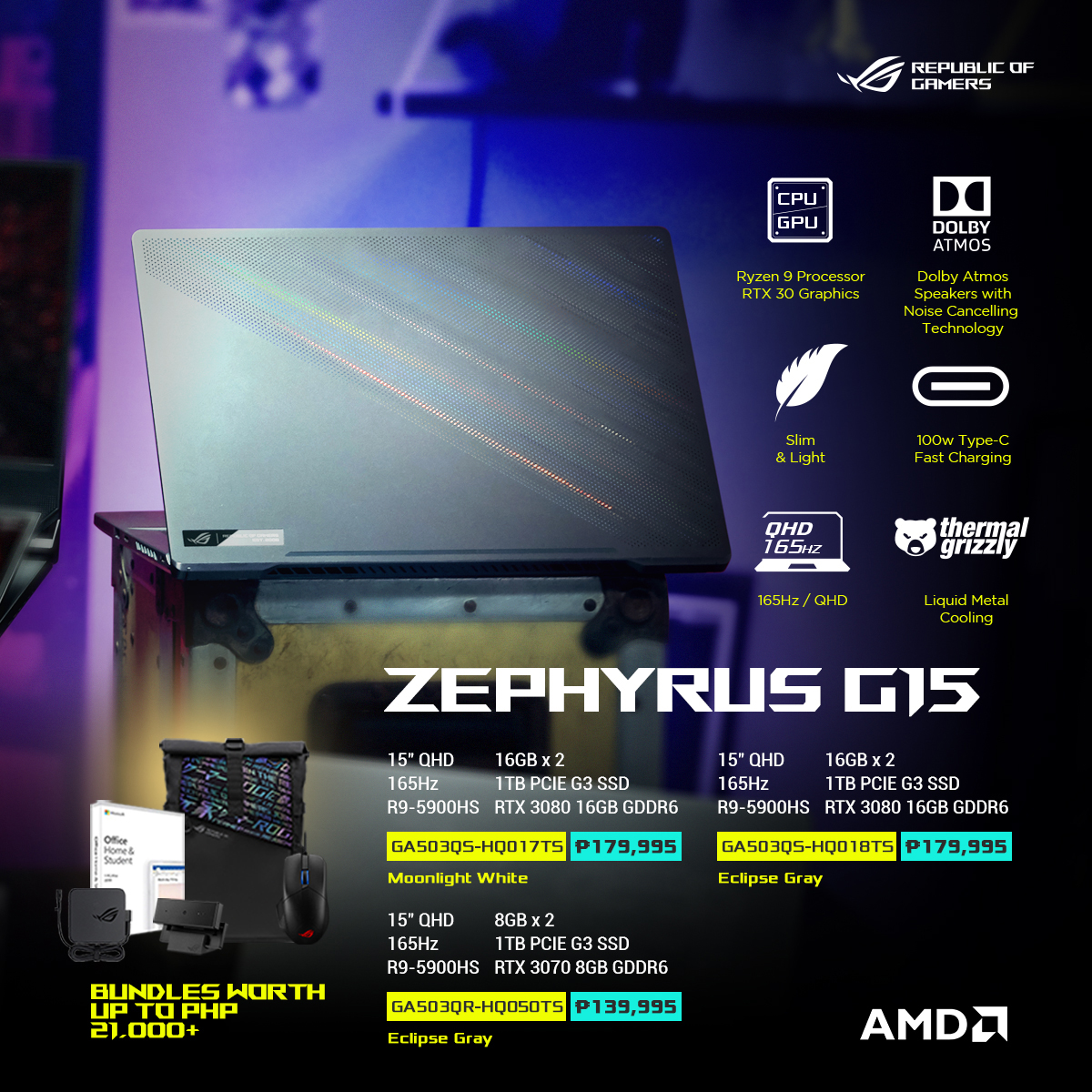 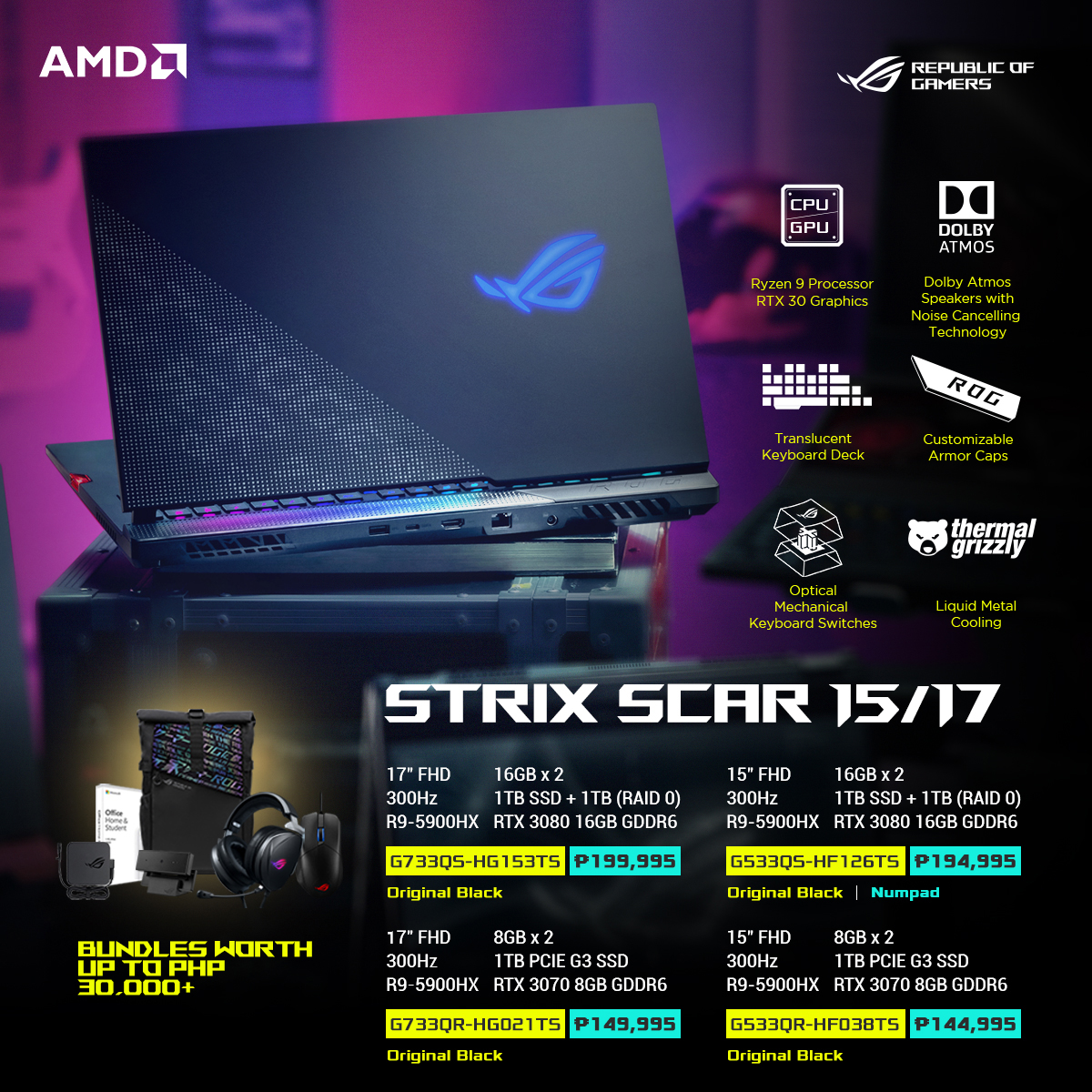 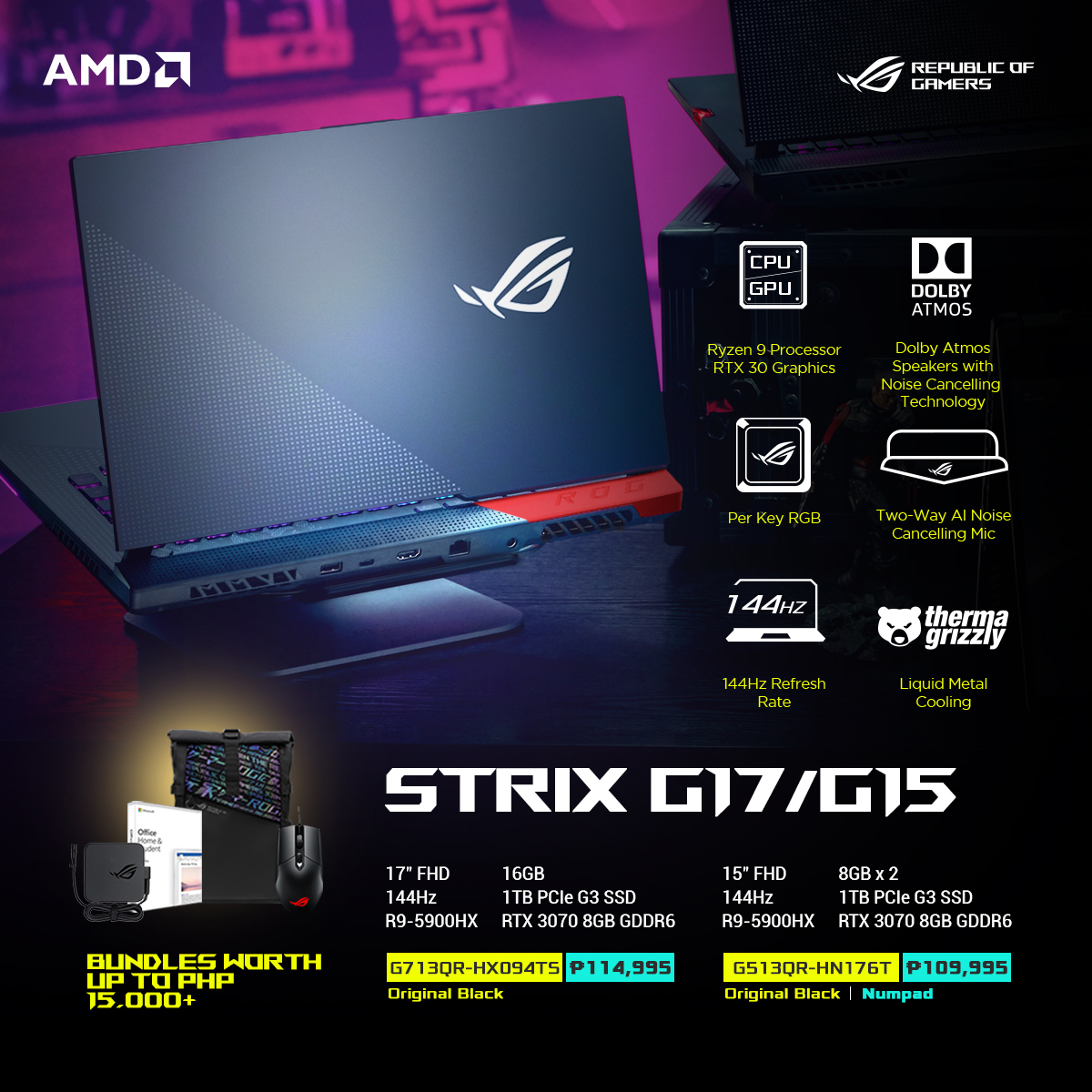 The new ROG Strix G15 and G17 will be available in one variant each and will be available near the end of February. Both models will feature an AMD Ryzen 5900HX coupled with an RTX 3070 GPU as well as 16GB of RAM and 1TB of SSD storage. 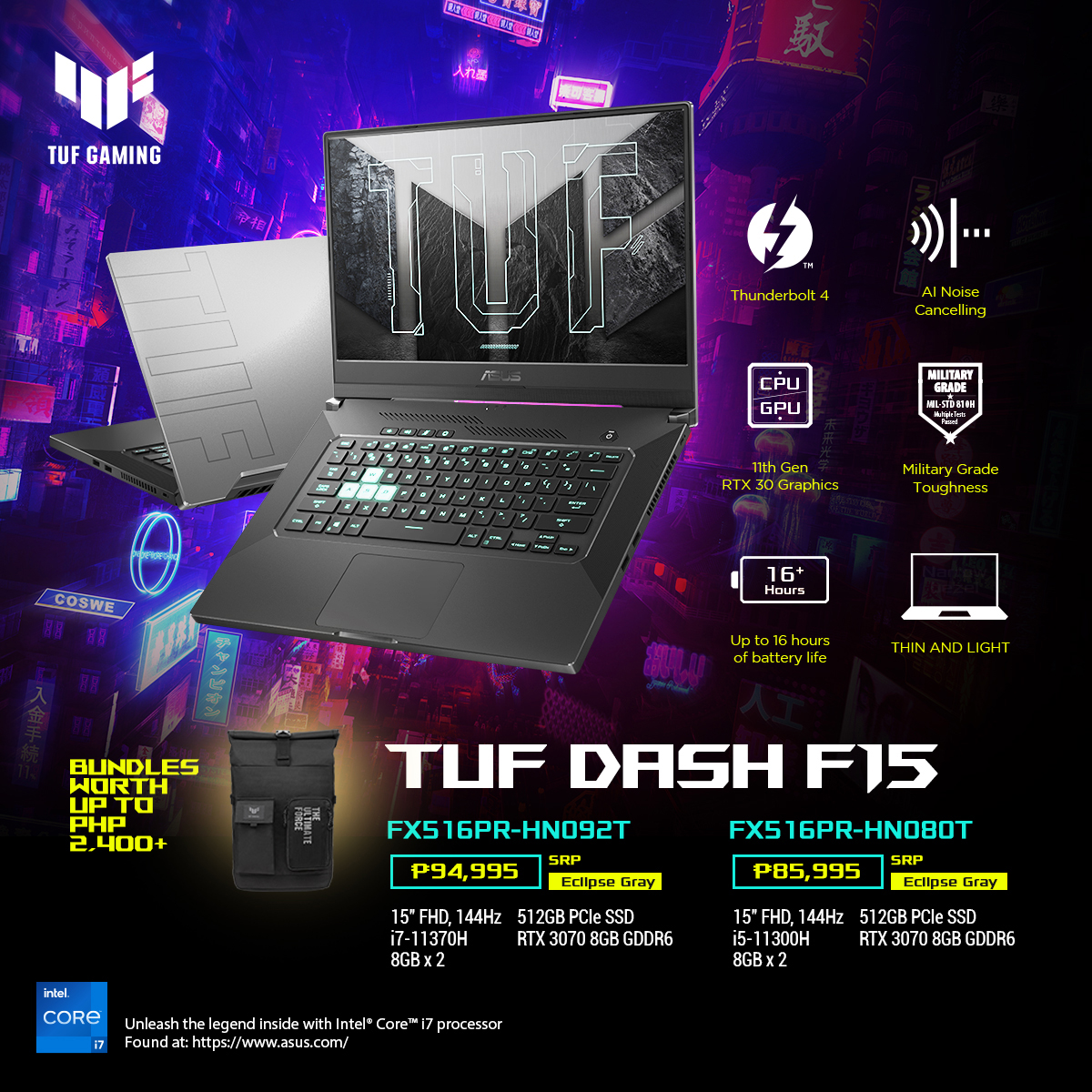 Lastly, ASUS also announced the availability of the new TUF Gaming Dash F15, which is powered by Intel’s new 11th generation CPUs coupled by NVIDIA’s GeForce RTX 30 series GPUs. The new laptop will be available in the second week of February in two variants, one of which features an Intel Core i7-11370H processor while the other is equipped with an Intel Core i5-11300H CPU. 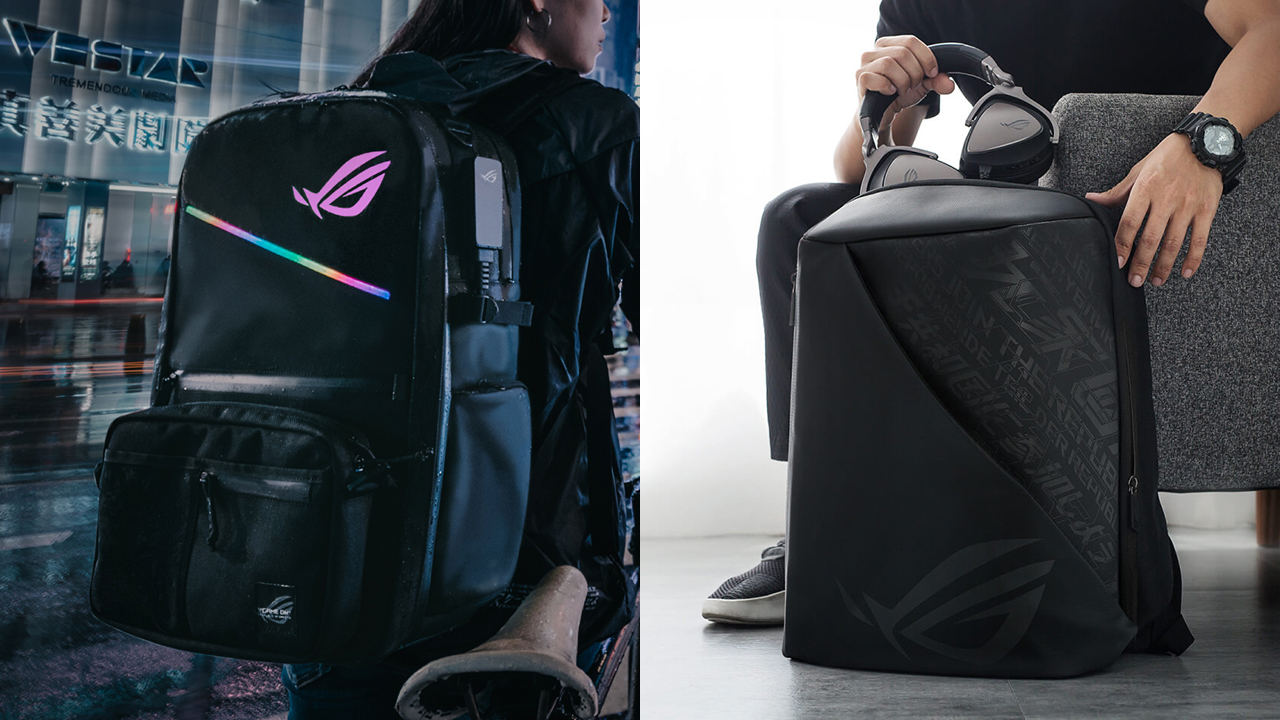 More information on the new laptops and backpacks as well as  where you can purchase them can be found on the official product availability page.