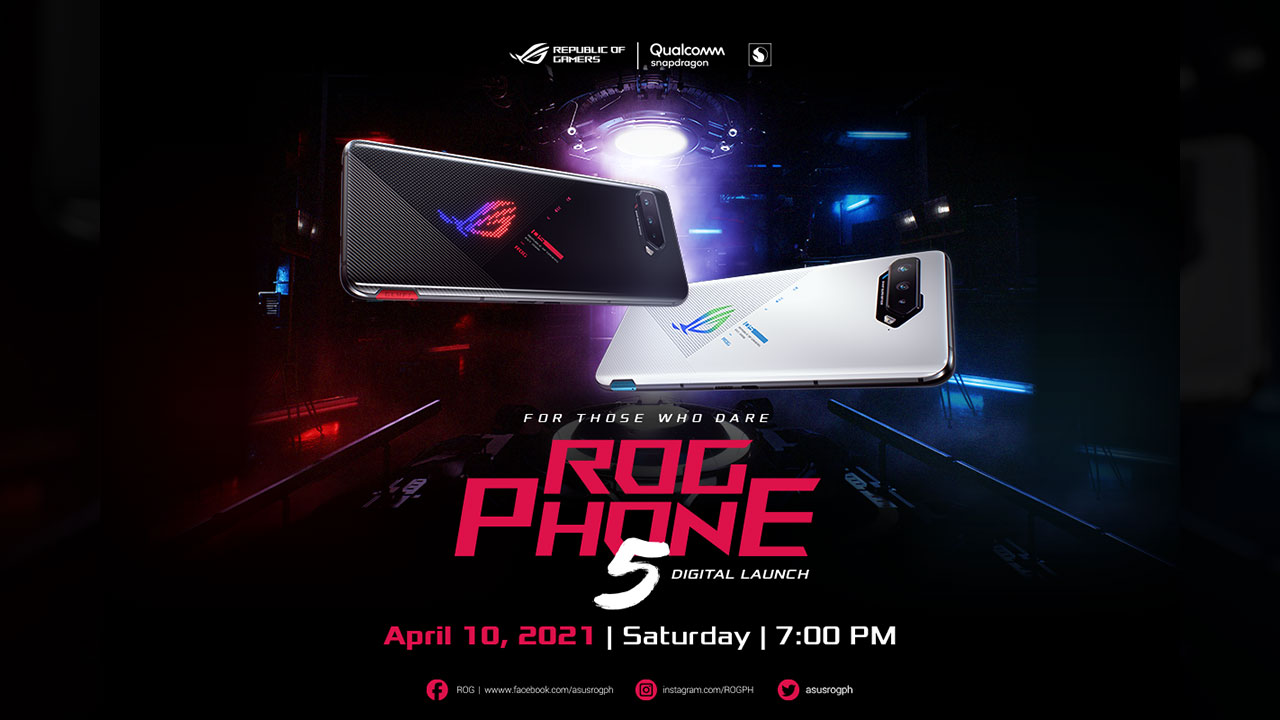 ASUS is finally launching the ROG Phone 5 in the Philippines next month after it was officially announced early in March. A digital event to launch the company’s latest gaming smartphone in the country will be held on Saturday, April 10, 2021, at 7 PM. Those who register on the event page and watch the stream can get a chance to win prizes from ASUS, including the ROG Ranger RGB Backpack (BP3703) and even an ROG Phone 5.

The ROG Phone 5, which was unveiled by ASUS on March 10, 2021, is powered by the new flagship Qualcomm Snapdragon 888 5G mobile SOC and 18 GB of LPDDR5 RAM. It also features a 6.78-inch 144 Hz/1 ms Samsung AMOLED display that is HDR10+ certified and has a touch sampling rate of 300 Hz as well as a touch latency of only 24.3 ms. The ROG Phone 5 is also equipped with a 6000 mAh battery that’s split into two pieces to help distribute the heat that’s generated. A 65-watt HyperCharge adapter for fast charging is also included.

ASUS has also implemented an iteration of its AniMe Matrix display, originally found on their ROG Zephyrus G14, on the ROG Phone 5. Dubbed the ROG Vision, the rear of the ROG Phone 5 can display customizable animations. The company’s AirTrigger 5 control system and GameFX audio system are also present.

Availability and pricing of the new ASUS ROG Phone 5 will be announced during the launch on April 10, 2021. More information on the event can be found on the official event page on Facebook.