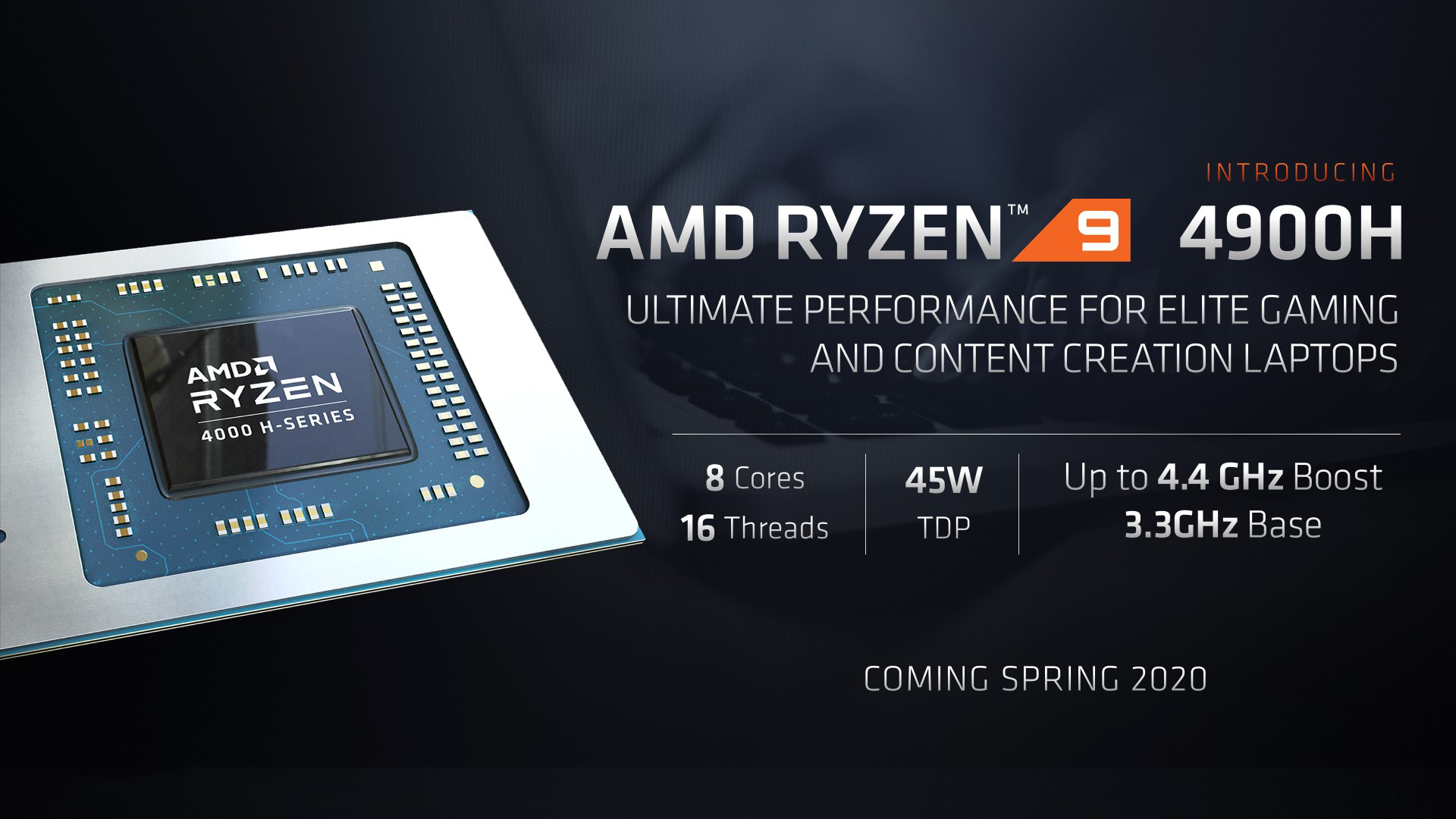 AMD has officially unveiled the Ryzen 9 4900H, the company’s most powerful mobile gaming processor so far. The new processor is being introduced only a few months after the Ryzen 7 4800H was showed off at CES 2020.

The AMD Ryzen 9 4900H is set to appear in high-end gaming and productivity laptops sometime in the Spring of 2020 so, hopefully, we won’t have to wait that long for hardware manufacturers to release laptops that utilize the chip to see just how much of a difference its higher clocks and other features will make against the 4800H and other processors in the same range.