One of the biggest and most impressive booths at ESGS this year was undoubtedly Playstation’s booth which had giant LED screens, their own stage setup, and most importantly, demos of NBA 2K17, Call of Duty: Infinite Warfare, and the highly anticipated Final Fantasy XV. I was able to get permission to try out Final Fantasy XV before the doors of ESGS were opened to the public so I got to take my time with the game and really experience some of the new things the new entry into the long-running is introducing.

First off, Final Fantasy XV is undoubtedly beautiful. The graphics and the animation are some of the best we’ve seen on any game on the Playstation 4 thus far. The character design, the special effects, the terrain, and everything else in the world of Eos were all graphically impressive and the animations both in and out of combat were impressive as well.

Traversing the open world of Final Fantasy XV was a great experience and a godsend after the terrible linearity of Final Fantasy XIII. I was able to explore some of the world on the Regalia, the vehicle the game’s protagonist primarily use. The Regalia can either be manually controlled or can be driven automatically by assigning Ignis, one of your companions, to drive.

After driving around the world for a while, I decided to try and experience the game’s combat by getting off the Regalia and walking around the world’s wilderness. During my playtime, I was able to experience two kinds of battles – random encounters where monsters spawn out of nowhere (a classic mechanic of Final Fantasy games) and battles with previously spawned beasts that randomly roam the map. 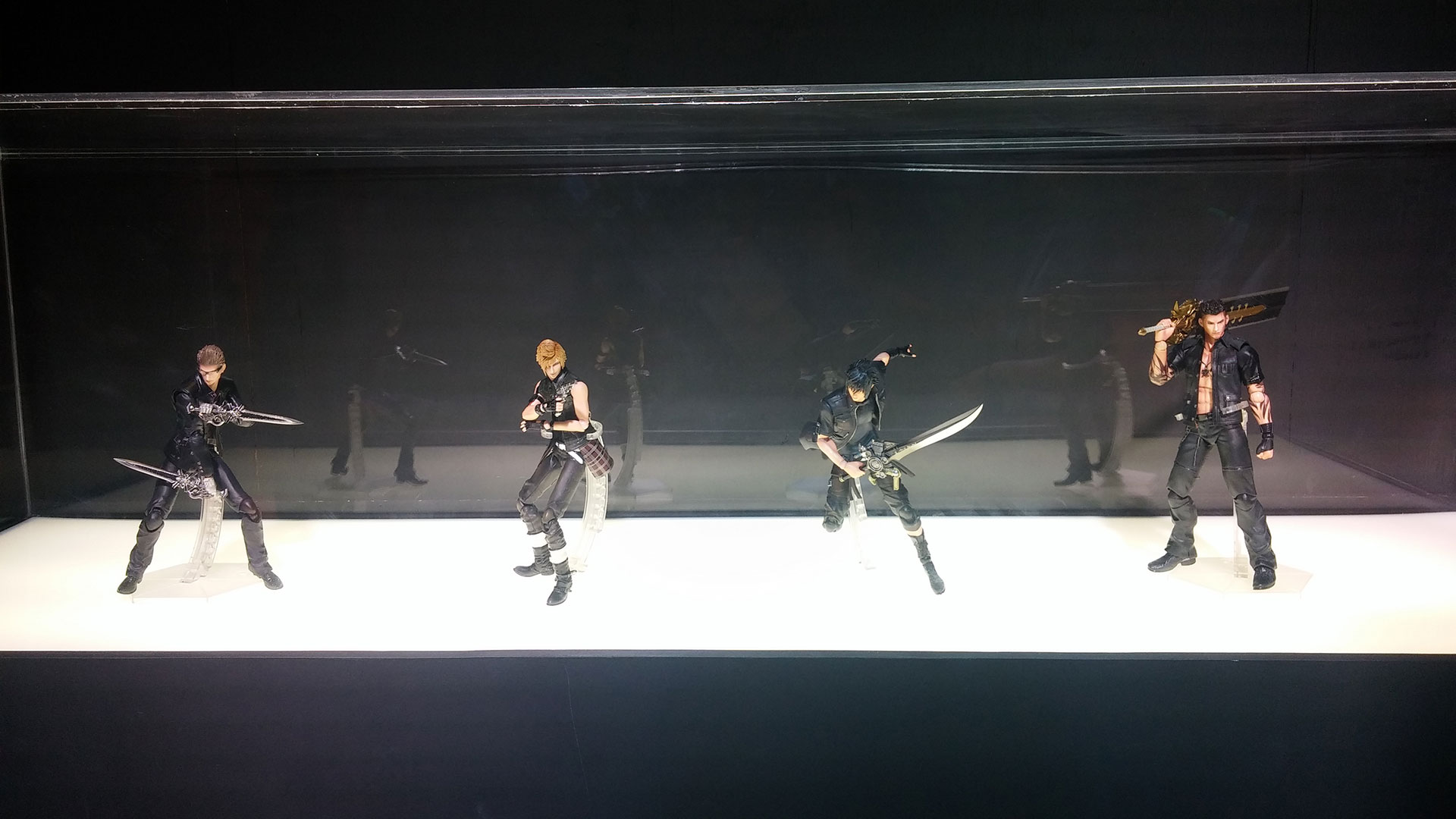 The new Active Cross Battle system, based on the combat systems of Kingdom Hearts and Final Fantasy Type-0, is probably the best implementation of an active real-time RPG battle system I’ve ever come across. While the basics of combat is pretty straightforward, similar to action/adventure hack n’ slash games, there are elements that made it complicated and enjoyable such as the ability to time your attacks to your companion’s to trigger combination attacks.

The game also has a new gauge that, once filled up to specific points, allows you to activate pre-assigned special abilities of your companions.

Noctis’ ability to instantly switch weapons in combat also adds another interesting aspect to the game’s combat. For example, switching to a long range weapon while you’re far away or retreating, then to a fast-striking weapon to apply fast attacks that could stun the opponent, then to a slow but powerful one to deal huge amounts of damage while the enemy is disabled. The weapon switching mechanic gives the game a lot of potential when it comes to making challenging encounters.

Aside from the actual combat mechanics, the combat system also allows Noctis and his companions to use utility or defense items and abilities when needed. While using potions or healing magic can be done manually at any time by Noctis, his companions will perform the same actions on a contextual basis which may still need to be confirmed by the player.

Sadly, we were not able to progress enough into the game to try out more advanced abilities, weapons, magic, and Astrals (the game’s version of summoned monsters).

Overall, I had a lot of fun with the time I was able to spend with Final Fantasy XV and while I may have been doubtful and cautious before, those feelings have definitely been abated after trying out the game. I’m now more than excited to finally play the final game when it comes out later in November to experience not just the entire game system but also its story and everything that comes with a Final Fantasy game.